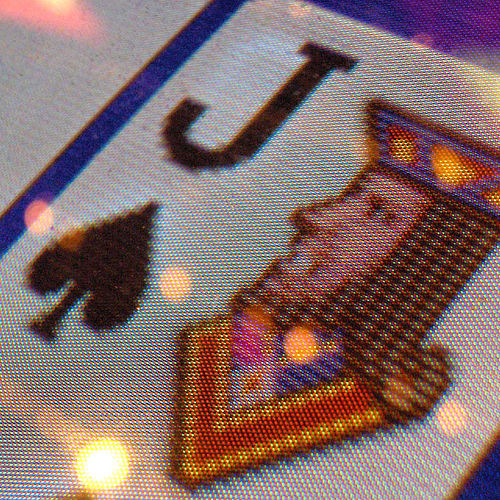 Update 2/15/2012: Unlike the Georgetown ruling in December (see prior reports below), the Beaufort magistrate has ruled a Bluffton sweepstakes operation as illegal gambling.

Our sister site in Beaufort has more details including the full statement from the Beaufort County Chief Magistrate Darlene Smith. Read more here. These conflicting decisions is a prime example of how both North and South Carolina have struggled to define the sweepstakes operations. More backstory is here as well as in the prior reports below.

As we reported earlier (below) the Texas-based Hest Technologies makes the computer based systems that most of the sweepstakes operations use. They have aggresively pursued legal vindication in multiple states that can't decide if the system is legalized gambling or not. The Island Packet has more details on the Georgetown ruling and the battle going on over the machines in Jasper and Beaufort counties. Read it here.

Update 9/24/2011: The Georgetown County Sheriff has seized several machines despite the legality of the games have not yet been determined.

WPDE has a few more details. It's similar to the Little River story reported below.

Update 7/2/2011: The owner of the Little River business accused of operating the supposed illegal gambling machines has turned himself over to authorities.

According to WPDE the owner of the Wine and Time store, Jerry Michael Wilder of Longs, is charged with keeping unlawful gaming tables. He's out of jail on a $1,000 bond. Read the full report here.

Update 6/30/2011 (no charges or warrants): Because the legality of these games are still being debated (see updates below) the owners of Wine and Time have not been charged with a particular crime.

The people caught playing the games did receive citations. The Sun News has more details.

Joel Allen has the details including how many computers were seized and what business was hosting the games. Read it all here.

According to this WPDE coverage, The South Carolina Attorney General office has already issued an analysis to Beaufort County. The result is this huge PDF document. According to the document, the only thing that is absolutely illegal about the games is if they simulate the card game poker.  Joel Allen of WPDE also has a few quotes from Horry County Solicitor Hembree. Read it all here.

With a combination of legal oversights and the magic of instant Internet responses, Texas-based Hest Technologies has developed a system that allows for legal cash gaming in many states.

And now City of North Myrtle Beach Attorney Chris Noury is asking for the Attorney General to make a ruling on if the Hest system is actually legal, something that has ears perked up all the way up to the State House.

(The North Myrtle Beach Times has a report about how the system works and the history of video poker in South Carolina; read that here.)

A quick look at their Donate Zone website shows games that look a lot less like raffle tickets and more akin to electronic gaming.

And it's not just in Myrtle Beach that the games have drawn interest. Browsing the Hest Technologies Facebook page you can see a woman requesting more information on opening a sweepstakes game in Marion, South Carolina. Further down the Wall, the company presents thorough looks at the law for the states they support.

According to an article written by Richard Ducker of the UNC School of Government, online sweepstakes games brought a lot of grief to North Carolina for the past few years as lawmakers tried to amend gambling laws to include the sweepstakes style games without making other contests, such as those held by fast food restaurants, illegal.

While the laws defining what was legal were debated, the gaming companies simply changed their systems to not fall under that new definition. After all of North Carolina's effort, the sweepstakes games are still legal while some municipalities have taken to implementing special taxes and licenses for these businesses.

North Carolina isn't the only state to wrestle with Internet sweepstakes cafes. One Florida State Representative, Peter Nehr, opened his own cafe in Palm Harbor. Ohio is also currently addressing the issue

These gaming companies are prepared to fight back. If South Carolina rules these games illegal, it may spark a lengthy process that could cost a lot of time and money to carry out. Potentially much more if South Carolina lawmakers decide to fight these companies by changing the existing laws. Upcoming election season only spices the situation up even more.

What do you think?

Are these games different than lottery scratch off tickets or bingo? Is it worth the fight? A lot more questions come to mind and this will undoubtedly be a fertile topic for debate. Tell us in the comments.