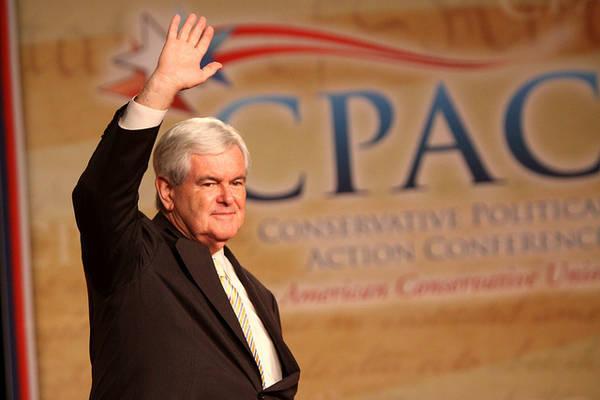 Update January 18: After a Sun City appearance﻿ (it's open to Sun City reisdents only), GOP presidential candidate Newt Gingrich ﻿is headed to downtown Beaufort on Thursday.

Look for him near Charles Street.

After that he's headed to Walterboro for "Lowcountry Sportsmen BBQ" from 1 to 2:30 at Dove Feild, 2808 Greenpond Highway.

First reporting: With the New Hampshire primary complete and Mitt Romney having pulled in a first-place 39.4% of the vote, all eyes are on South Carolina's January 21st "First in the South" primary.

And so far, things are looking good here for Romney: in a January 4-5 poll, the candidate earned a 37% score to a next-best 19% by Rick Santorum.

However, no one is content to just let the chips fall, candidates will be busy traversing the Palmetto State. Below is a blow-by-blow from the S.C. GOP (with local appearances﻿ bolded and italicized).

The only appearing locally will be Sen. Rick Santorum﻿ (we spotted an Island Packet report that Rick Perry would be in town, but couldn't confirm. Also Newt Gingrich may becoming to Sun City, but that would only be open to Sun City residents.)

Note that you'll be able to catch the Myrtle Beach SCGOP-Fox News Channel-Wall Street Journal Presidential Debate﻿ on January 16 at 9 p.m. on TV. There will also be a Charleston debate on January 19, but a time and candidates have yet to be listed.

At a to-be-determined time with a yet-to-be confirmed candidate list, CNN and the Southern Republican Leadership Conference are slated to hold a debate in Charleston.