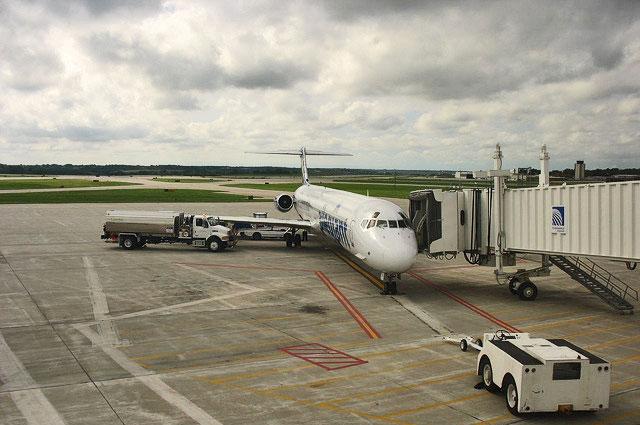 8:23 am on Wednesday August 31, 2011 | Posted by Ken Hawkins
Hungry for a discount airline, Savannah officials hope for a JetBlue arrival (update: answer soonish)

Update August 31: Allegiant has been gone from Savannah for more than a month now and still Savannah waits for a discount airline.

Well, WSAV caught up with JetBlue about their much-sough-after arrival and while they had no firm answer, they did at lease say the answer could come in mid-September — that's just a couple weeks away.

First reporting June 11: Some eight months after starting service from Savannah to Florida, discount airliner Allegiant has announced it's leaving.

The last flight will be July 24.

You can probably guess the reason for the change in plans: not enough business.

"Unfortunately, due to lack of market demand, we will end our service between Savannah and Fort Lauderdale, and apologize for any inconvenience this may cause our customers," said Andrew C. Levy, Allegiant president.﻿

However, Savannah officials aren't giving up hope of having a penny-saving airline, and plan to continue trying to woo discount airline JetBlue back that first came to Savannah in 1999.