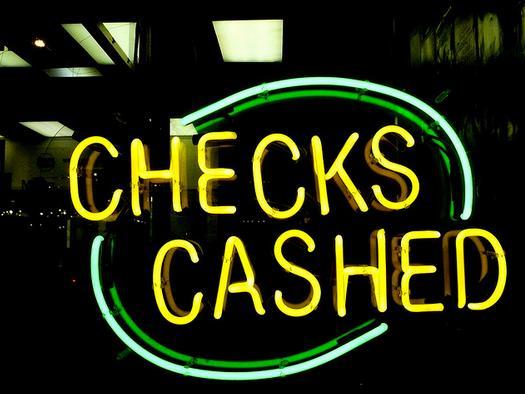 Update April 10: Here's your political fodder for this one: While more Democrat House member voted against the budget compromise than Republicans (42 v. 28), all five of South Carolina's GOP Reps voted no.

That is, in their eyes it would have been better to let the government shut down than compromise. Whether or not they thought voting "no" was a true act or symbolic is, of course, impossible to know.

Get some insight into how folks voted at The Atlanta Journal Constitution.

Update April 9: Turns out we didn't get to see the ball drop for all those government shutdown clocks after all —a deal was reach late last night.

The Senate passed an interim budget just be fore midnight and the House just after until the full agreed on budget compromise can be passed next week.

In all, the lynchpin matters of funding for abortions and environmental regulations were ignored for a deal of more general federal spending cuts, to total $38 billion this year — The New York Times has a nice write-up here on the deal.

But the big story here is probably how though the dollars ultimately didn't stop, a lot of chaos was created in personal and business lives by the stalemate — and that's some the paper also has a nice report on; read it here.

Update April 8, 8:30 a.m.: As the federal Government edges ever closer to shutting down, representatives of Beaufort County's military bases say they have a plan in place that would keep them "continuing their mission."

Head over here to read that WTOC report.

Update April 8, 1 a.m.: Though there are talks of a last-minute deal, a few billion dollars in differences between Democrats and Republicans still has the federal budget stalled out.

For the latest, I'll point you to The New York Times for a story posted at 11:33 p.m. last night; read it here.

The paper also has a nice story on how immediately (and not) a shutdown would affect various types of employees linked to the federal government and how a short shutdown would not probably have any lasting affect of the nation's overall economy; read that report here.

Along those same lines the paper has another report on just how vague the line is between who is an "essential" federal worker and would work through any government shutdown; read that report here.

First reporting: ﻿The looming shutdown of the federal government could have a very real impact on Beaufort County as it means our area military personnel could go without a paycheck beginning April 15, and that check would only be for payment through April 8.

That's according to the Navy Times, which has a nice report on what impact this potential shutdown could have on military families. You can read that here.

In essence while the President and Congress would continue to be paid during a shutdown, our men and women protecting the country would not. Their money would come back to them retroactively once government gets back to business.

What does that mean to the larger Beaufort community? Well it could be a big deal.

Area military contributes more than $1.2 billion to the Beaufort County economy on an annual basis, according to a study commissioned by the Beaufort Regional Chamber of Commerce.

Of that $1.2 billion, a little more than $330 million of that is annual household income that's paid out to Marines and civilian employees out at MCAS Beaufort.

No paycheck means no Friday night trip downtown for a beer and no groceries at Piggly Wiggly or Bi-Lo. It means no money for gas or any of the other items around town that our military men and women would typically stop to pick up without giving it a second thought.

And that doesn't even begin to get into the bigger issue of missed mortgage and utility payments.

Here's a snippet from a Congressional Research Service study on what military families could expect during a shutdown:

The hardships that a sudden stop in pay would impose on military and civilian personnel would, of course, vary depending on individual circumstances,” said the report, prepared on April 1 and made public Wednesday. “Families with a second income and with substantial savings might be able to manage with few problems. Others, particularly deployed personnel with young families and limited savings, might be affected very badly.”

Needless to say a shutdown could have a very real impact on the Beaufort community.﻿

In the meantime there is legislation being pitched that would see military men and women get  paid even during a shutdown, but with that shutdown looming it could be too little too late.