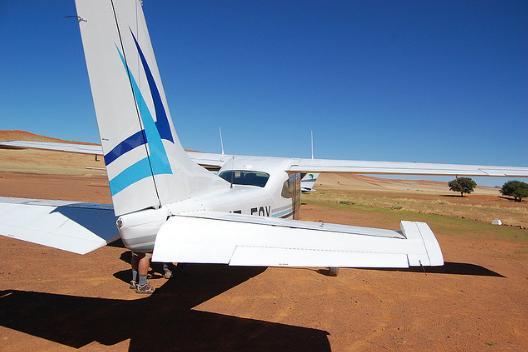 Update October 31: The Island Packet has a report with some details about the troublesome weather that day and what may have happened just before Stephen Radke died in the crash; take a read here.

Update October 29: Not a whole lot of new information regarding yesterday's plane crash that claimed the life of a Fripp Island resident. The Coroner's Office confirmed what the Augusta Chronicle had reported earlier in the day, which is that Stephen Radke of North Carolina and Fripp Island was killed in the crash.

Radke was the only person in the single-engine Cessna.

Authorities say it'll take at least a week to determine why the crash occurred.

Update, 2:50 p.m.: The Chronicle is confirming that Radtke (aka Radke, there's some confusion on the spelling of his last name) but there's still no word on if any passengers were aboard.

First reporting, 2:20 p.m: A single-engine Cessna that was flying from the Beaufort County Airport on Lady's Island just outside of Beaufort to Aiken crashed this morning and there are no survivors, according to The (Columbia) State.

The State has a short story on this online right now and you can read it here. Officials will not say how many people were in the six-seat plane.

The Augusta Chronicle also has a report on the crash and states that the plane was registered to an FBN of Catawba in Maiden, N.C. The paper also has a photo of the crash site.

To be clear officials still are not releasing who was in the plane and how many were killed.