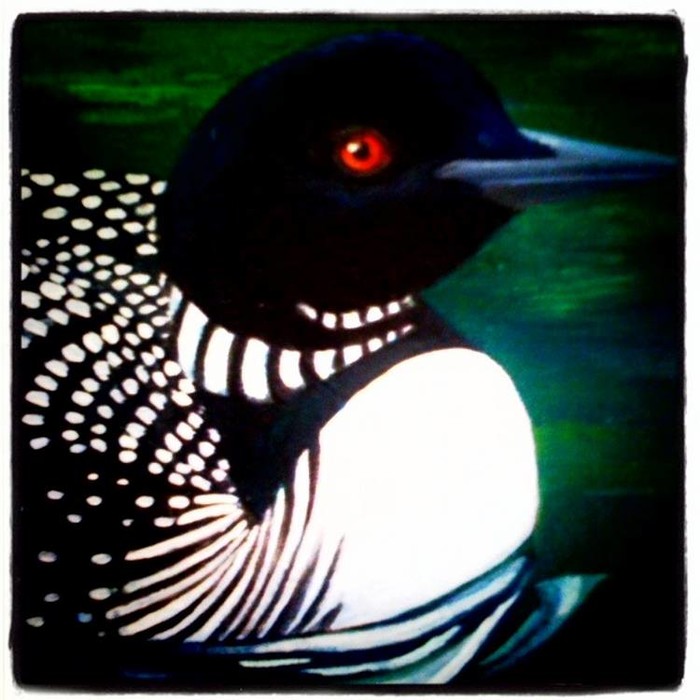 The latest installment of Guerrilla Cuisine's "Guerrilla Gallery", an abridged version of the standard dining experience, brought me to Barsa; the tapas bar and lounge that recently sprang from that ashes of "Shine." The venue played perfect host to an intimate crowd of food, music and art enthusiasts alike.

Derek Falta, current chef and former head of Chai's, blessed us with a seven-course meal that both inspired and titillated the senses so much that I was convinced we were eating dinner in the Valencian countryside by the end.

But before we embellish too much, let's get down to the menu.

The first course consisted of a spicy shrimp and tomato gazpacho that was cool, refreshing but had enough bite to keep from putting you to sleep. Each bowl came with a shrimp lightly dusted with sweet paprika. The result was a satisfying soup that stuck with you without being overwhelming.

Next, a tapas plate that let me know that everything was right in the world; grilled spring onion with romesco sauce, mushroom escabeche, dainty strips of smoked duck ham and dates wrapped in Serrano ham. Let's say that one again: dates...wrapped in Serrano ham. Not only was the onion/romesco combination a nod to the Tarragona ritual, but the duck ham and dates were the final nail in the coffin. One can only hope that this tapas plate becomes a staple on Barsa's tables.

Right before a brief musical intermission, our next course was one I went into with some apprehension. Falta introduced the dish, "Calamari Rellenos", with all the confidence of a parent sending their child into a brave, new world; something did not completely work with this dish, though.

Rellenos, a Mexican style, combined with the Mediterranean flavor of calamari and Turkish flair of chickpeas didn't exactly jive well. It was an ambitious dish that would have worked wonders separately but clashed once combined.

Whiskey 'n' Ramblin', a band that I can best describe as a mix between rockabilly and blues, kept the crowd entertained while they perused a smattering of Lisa Shimko's latest and greatest canvases on display throughout the restaurant.

Getting back to the menu, the fourth course made me forget all about the transgressions of its predecessor. Beef belly and piquillo pepper confit made its way to each person's table space and you could see the light in their eyes. Like Christmas morning, diners could not wait to tear into the beautiful, braised package that lay before them.

Here's the thing: people went about this dish the wrong way. Something like beef belly doesn't come along very often for most--it was a first for me--so there's a certain degree of care that should be exercised when eating such a tremendous dish. Peppers should be surgically cut into geometrically sound slivers to accompany each bite of melt-in-your-mouth beef. It took me twenty minutes to eat this dish. The servers did not appreciate my lengthiness, but you can't rush such a religious experience. That's blasphemy.

Adding to the experience, the fifth course was a trifecta of paella: chorizo and chicken, seafood and vegetarian. All of them equally delicious and added a down-home feel to an otherwise extravagant dinner. It was also the only course where people adamantly went back for seconds and thirds.

The desert portion of the dinner comprised a cherry cinnamon sorbet with clementine, which one diner lovingly refered to as a "cinnamon bomb in my mouth", was then followed by a hazelnut torte that could only be described as a hazelnut-caramel love child.

Falta and his staff did their thing. Here's to hoping that he gets nice and comfortable heading up Barsa's kitchen, ready to serve up the best Barsa has to offer.