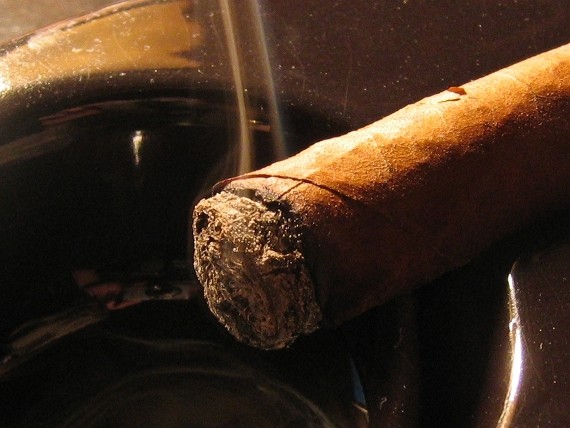 8:17 am on Tuesday April 17, 2012 | Posted by Amanda Click
A bit about Charleston-inspired London Cut bourbon-aged cigars

Bourbon and cigars go hand-in-hand in the South. Cigar Row has combined two classic Southern staples into a classic Southern accessory, a bourbon-aged cigar. In fact, these cigars were created specifically for the company's friends at The Gin Joint here in Charleston, and it is now distributed world-wide

These cigars are produced by infusing fine Connecticut shade wrapper tobacco with premium bourbon and then aging the finished cigars in a bourbon-rich environment.

“This proprietary system we created results in a completely unique cigar,” said Dave Brown, Cigar Row CEO. “Unlike flavored cigars that are masking natural tobacco flavors with artificial sweeteners, we are allowing a very absorptive tobacco to naturally pick up the character and complexity of handcrafted bourbon.”

The bourbon-aged cigar still acts and tastes like a cigar. A unique trait, as typical, spirit-flavored cigars tend to mask the true taste of the tobacco. The cigar is not only infused and aged with bourbon, but also kept in a humidor which pumps bourbon into the air.

The London Cut bourbon-aged robusto is available in boxes of 20 and as part of a gift set that includes a bottle of premium bourbon and can be purchased online for $265.