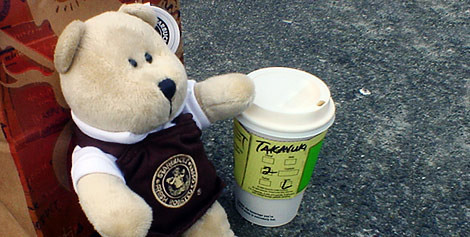 No Charleston-area Starbucks are slated to be closed in the company's plan to shutter 600 stores. Only one store is South Carolina is scheduled to be closed, and that one is Spartanburg.

Keep up with the Starbucks store closures on our topic page.As of September 30 the company operated 6,793 stores. In effect, the company is closing 8.9 percent of them, the company also added that 70 percent of the ones to be closed have been open for fewer than three years.

You can inspect the full list of stores to be closed for yourself. The company expects to have most of them closed by the first few months of 2009.

Oh, Charleston, breath a sigh of relief that your Calhoun Street trinity of Starbucks will remain, for now, intact. And, while we're on that topic, watch this: