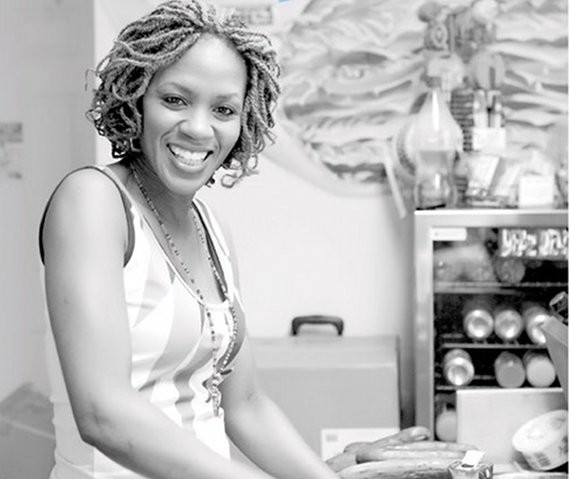 Update December 8: News 4 Charleston has a fleshed out report on the capture of Smith, who had been on the run from the law for nearly two months after allegedly stabbing local Dellz Deli owner Maudell Grayson nine times.

News 4's report reveals that while on the run, Smith continued to call and text Grayson, up to 40 times a day, threatening violence. It also has commentary from Grayson's daughter, Nikki Brown, on the emotional stress that the situation has, and continues to have on the family.

Update December 7: We just spotted this exciting news on the daughter of Maudell Grayson's Facebook page: "Ladies and gentlemen...David Israel Smith has been caught by the US Marshalls!"

Live 5 News reports that Smith was found in Las Vegas.

Update October 24: Details were sparse last week when news broke of Dell'z Deli owner Maudell Grayson being allegedly stabbed by her ex-boyfriend, but the Charleston City Paper's Paul Bowers' report has filled us in with more details on the attack.

Grayson, who I had the pleasure to see and chat with this weekend at a wedding in Orangeburg, looked fantastic and is working on a speedy recovery.

The manhunt continues for the attacker, David Israel Smith, who has been recently reported to have shaven off his hair and beard. You can see a photoshopped image of him on a friend of Dell's Facebook post, and, if you have any information on his whereabouts, are asked to call Crime Stoppers at 554-1111.

Police responded to the scene around 9 p.m. on Tuesday night to find Grayson with multiple stab wounds to her right arm and left hand.

Live 5 News describes Smith as a black male standing 5'8" and weighing approximately 140 pounds. He has black hair, brown eyes, and dark skin. If you have any information about Smith's whereabouts, call Crime Stoppers at 554-1111.

All of us here at TheDigitel would like to wish our friend Dell a speedy recovery.