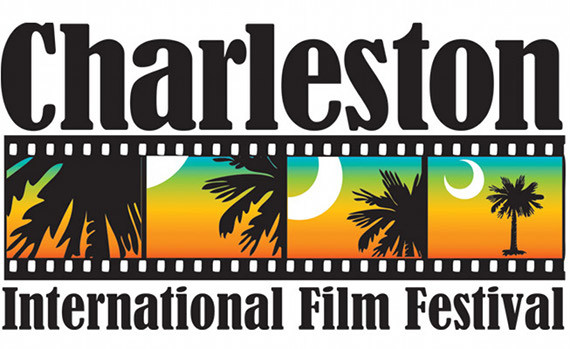 The festival touts a stellar selection of films ranging from feature length flicks to animated shorts. In all, there will be over 80 films from 13 countries.

If you've yet to look at the complete festival program - here it is.

This year’s schedule will be showcasing over 80 films from 13 countries, most of which from the U.S. with an exhilarating 20+ from filmmakers in the southeast region and the Lowcountry. The official selections represent the pinnacle of independent filmmaking talent from around the world and range in categories from features, shorts, documentaries, and animations of all genres.

The Opening Night events will kick off on April 11th at 7 p.m. at the Sottile Theatre (44 George Street) with the Sundance award-winning feature film Robot and Frank. Set in the near future, curmudgeonly Frank (a retired cat burglar) has two grown kids who are concerned that he can no longer live alone and are tempted to place him in a nursing home. However, Frank's son chooses another option: against the old man's wishes, he buys a walking, talking humanoid robot programmed to improve Frank's physical and mental health. What follows is a sometimes hilarious and sometimes heartbreaking story about finding friends and family in the most unexpected places. Robot and Frank features an award winning cast including Frank Langella (Frost/Nixon), James Marsden (X-Men and Hairspray), Liv Tyler (The Lord of the Rings Trilogy) and Susan Sarandon (Dead Man Walking and Thelma & Louise).

The majority of films in this year’s festival are premieres and haven’t been seen by anyone in South Carolina, and in some cases the world. All films will be screened in blocks consisting of two or more films. Attendees will also have the rare opportunity to meet and greet the filmmakers, directors, producers, actors and writers during the Q&A session at the end of the screenings or at one of our nightly after parties.

In addition to the films galore and exciting nightly parties, there are educational workshops hosted by the College of Charleston and our extravagant, annual Awards Gala, at the Lighthouse on scenic Shem Creek, to recognize the very best of filmmaking and writing displayed during the competition.

First reporting: The Charleston International Film Festival will host its 5th festival on April 11-15 in the heart of historic Charleston with new partner, Charliewood Pictures.

Charleston IFF Co-Founder, Summer Peacher states, “We are very excited to have Charliewood Pictures as our presenting sponsor this year and very much look forward to working together beyond our festival to make the local film community bigger and better every year.”

Denis Gallagher, Founder of Charliewood Pictures, LLC adds, “We are thrilled to be part of the upcoming 5th Annual Charleston International Film Festival. It’s a great event for Charleston and the Lowcountry region. Charliewood Pictures is developing, supporting and promoting filmmakers with our first initiative involving local filmmaking talent. Our partnership with CIFF is one we look forward to in doing our part to foster and develop filmmaking in our great State.”

After four years of traveling from coast to coast, Co-Founders Brian and Summer Peacher relocated from Los Angeles to Charleston, SC to focus on expanding the festival year round. With the help of the Review Committee, they are in the final stage of narrowing down selections for this year’s event. More than 550 projects have been submitted from around the world including Germany and the Philippines. Selections will be announced soon.

In previous years, Charleston IFF has been host to filmmakers, stars, and film aficionados from countries all across the globe, luring them in with an amazing selection of independent films, intriguing and educational seminars and workshops, nightly networking after-parties, and an extravagant awards gala to recognize the very best of the festival.

All that is back this year, and more, such as outdoor screenings on the largest inflatable screen in the Carolinas, the incorporation of art exhibits and interactive media, and an Opening Night reception block party on George Street that will prove that this unique and exciting festival is here to stay!

To accommodate their growing audience, Charleston IFF will now be using the Sottile Theatre on George Street in downtown Charleston, which hosted the South Carolina premiere of Gone with the Wind in 1939. In addition, Charleston IFF will continue hosting films at the ever-popular Cinebarre theaters in Mt. Pleasant.

More news to be confirmed and announced closer to the event. For more information on this event please visit CharlestonInternationalFilmFestival.org.