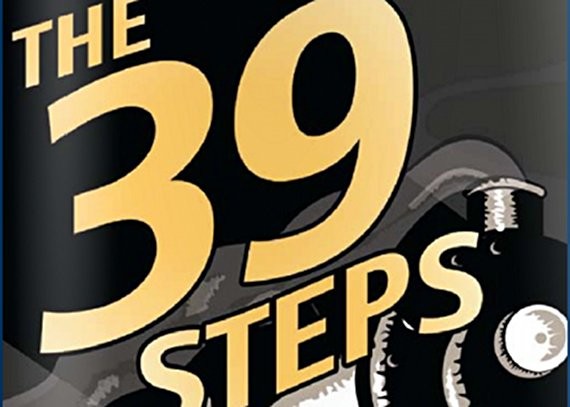 Update October 31, review: The Charleston City Paper has a review of the play and gives it a pretty glowing thumbs up; take a read.

Mix a Hitchcock masterpiece with a classic spy novel, add a bit of Monty Python and you have 'The 39 Steps,' a fast-paced hilarious whodunit opening October 29th at the historic Dock Street Theatre.

Four actors create 130 roles in this hilarious high-spirited theatrical romp. Based on Alfred Hitchcock's cinematic 1935 masterpiece and John Buchan's best-selling spy novel, The 39 Steps follows a man, falsely accused of being a spy, on a wild chase across England and Scotland as well as across the top of a fast moving train. Along the way he encounters dastardly murderers, double-crossing secret agents, and, of course, devastatingly beautiful women. A journey filled with wit, wisecracks, and clever stage devices, Alfred Hitchcock's The 39 Steps is an adrenaline-filled adventure not to be missed!

Here's more on the upcoming production: