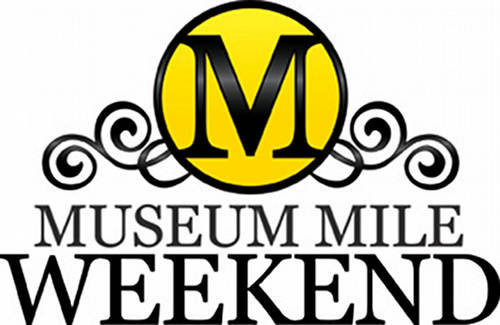 This Friday, Saturday, and Sunday (the 23rd through the 25th), experience history on the cheap during the city of Charleston's third annual Museum Mile Weekend.

Admission to 13 sites along Charleston's Museum Mile can be had for only $25 (children under 12 can get in on the deal for just $10.)

Museum Mile Weekend passes are available online. Will Call will be at the Charleston Museum (360 Meeting Street) on Friday and Sunday from 9 a.m. to 5 p.m.﻿

Details on the sites are below, from the event website:

Aiken-Rhett House - 48 Elizabeth Street
Built in 1820 and greatly expanded by Gov. and Mrs. William Aiken, Jr. in the 1830s, this house and its outbuildings have survived as a time capsule virtually unaltered since 1858. Children are invited to enjoy a scavenger hunt throughout the weekend as they explore the house, grounds and outbuildings and learn more about the people who lived and worked on the property.

Joseph Manigault House - 350 Meeting Street
"Charleston's Huguenot House" was built in 1803 and is a premier example of Adam-style, or Federal, architecture. Friday, Saturday & Sunday (4:00pm), focus tours at the Joseph Manigault House will give a glimpse of the house's fascinating World War II history, in addition to regular house tours.

Powder Magazine - 79 Cumberland Street
South Carolina's oldest public building, The Powder Magazine (circa 1713) served as an arsenal within the old walled city and was utilized through the American Revolution. Note hours of operation change: visitation each day 10:00 a.m. - 4:00 p.m. Pirate storytelling with period-dressed Eric Lavender and his parrot on Friday at 1:30 p.m. (additional fee may be required for the pirate program; for more information, call 843-722-9350 or visit www.PowderMag.org). Revolutionary drum and fife presentations and musket cartridge rolling for kids Saturday from 10:00 a.m. to 4:00 p.m. Lecture - The Stono Rebellion with historian Michael Coker on Sunday at 12:00 p.m. & 2:00 p.m. (recommended for adults).

Gibbes Museum of Art - 135 Meeting Street
Experience Charleston's history through art! Explore stories of the Lowcountry as seen through painting, miniature portraiture, sculpture, photographs and more. Exhibitions on view include The Charleston Story, The Creative Spirit: Vernacular Art from the Gadsden Arts Center Permanent Collection, and In Search of Julien Hudson: Free Artist of Color in Pre-Civil War New Orleans. Docent-led tours of the museum will be offered at 2:30pm on Friday, Saturday, and Sunday.

South Carolina Historical Society - 100 Meeting Street
The Historical Society is the state's oldest repository of letters, maps, and images. The Society's exhibit, "Know Your State's History," will be followed by a fun trivia game to test your knowledge of South Carolina's past. Tours of the exhibit will be given at the top of the hour. Hours are 11:00 a.m. until 3:00 p.m. on Saturday and 1:00 p.m. until 3:00 p.m. on Sunday. SCHS is not open on Friday.

Old Slave Mart Museum - 6 Chalmers Street
The Museum's exhibits focus on the domestic slave trade from the perspectives of historically-documented slaveowners, slave traders and enslaved African Americans, and speak to their stories, contributions and legacies. On Friday and Saturday at 11:00 a.m., 1:00 p.m., and 3:00 p.m., the director will conduct connoisseur tours of the museum and share the stories of several individuals who passed through this auction complex. Children are invited to enjoy a scavenger hunt throughout the weekend. This museum is closed Sundays.

The Old Exchange and Provost Dungeon - 122 East Bay Street
Completed in 1771 as the New Exchange and Custom House, visitors can explore Charleston's colonial, Revolutionary and Civil War past while retracing the steps of presidents, patriots and pirates!

Nathaniel Russell House - 51 Meeting Street
Visitors are invited to admire the grand Federal style townhouse of Charleston merchant Nathaniel Russell, built in 1808. Children are invited to enjoy a scavenger hunt and family-focused guided tours throughout the weekend to learn more about the house and garden as well as all of the people who lived and worked on the property.

Keep up with area history news and events on our topic page.