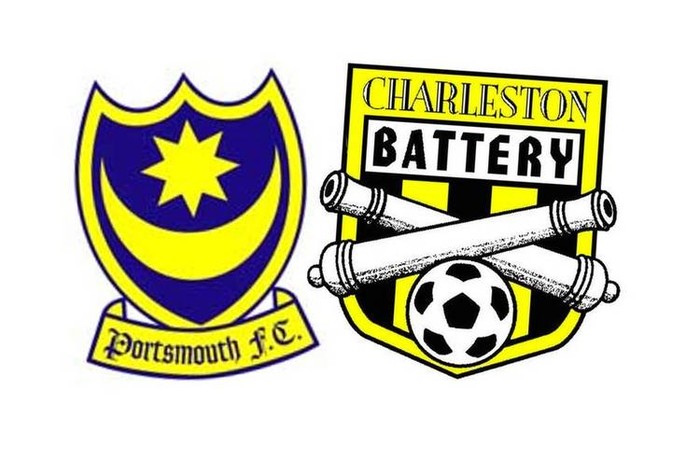 Update July 28: The Charleston Battery tied 0-0 with Portsmouth F.C. Wednesday night at Blackbaud Stadium in front of 3,345. Both teams had good chances to win the game but in the end key saves from both goalkeepers kept the scoresheet clean.

“This is how we have to start and play each game. If we do, than there is a great chance we will get the next couple wins and those 3 points that we need,” said Head Coach Mike Anhaeuser.

The first major chance of the game came in favor of Portsmouth F.C. in the 6th minute when Battery defender John Wilson cleared the ball by way of a header. The header was then met by Portsmouth’s Joel Ward who took a grounded strike just wide of the net.

Retaliating in the 15th minute, the Battery’s Zach Prince brought the ball up field with a burst of speed. Reaching the box it was just Prince and Portsmouth’s goalkeeper Steven Henderson one-on-one, but Prince’s touch was just too heavy and the ball was cleared to safety.

In the 17th minute the Battery attacked again with a long ball over the top from midfielder Nicki Paterson. Kelly ran onto the pass but after pulling the ball back onto his right foot his shot was blocked by Aaron Mokoena.

Just following in the 19th minute, Paterson was found on the dribble again slotting a through ball to Kelly on the run. With a sleek move, the Portsmouth defense was caught off balance and room was left for a cross, which met the head of a diving Coleman whose attempt went just left of the goal.

In the 52nd minute Portsmouth’s Nwankwo Kanu found space at the top of the box with the ball at his feet. Turning to his right he laid a square ball to Luke Varney whose shot was well saved by Battery goalkeeper Keith Wiggans.

The best chance of the game fell to Charleston forward Levi Coleman in the 76thminute after the ball was mis-cleared to him by the Portsmouth goalkeeper.  Coleman turned to shoot at the empty net but his attempt missed just wide of the right post.

The Battery will return to Blackbaud Stadium this Saturday, July 30th to face the Rochester Rhinos at 7:30 pm.

First reporting: The Charleston Battery will take on England’s Portsmouth F.C. Wednesday night, July 27, at Blackbaud Stadium in an international exhibition match; gates open at 6 with kick off set for 7:45.

Portsmouth have been in Charleston for the last ten days training at Blackbaud Stadium, the Patriots Point Soccer Complex and the College of Charleston Athletic Center.

The Battery has a long tradition of hosting international clubs starting back in 1993 when the Battery played Jamaican Premier League side Constant Springs FC and Latvian team, FK-RAF Riga. The Battery defeated then English Championship side Sunderland A.F.C by a score of two goals to one in 2004 and has twice hosted Mexican Primera opposition defeating Puebla F.C. and then losing a match versus Atlante FC. ﻿

The Battery enters Wednesday’s match on the back of a 2-2 draw versus the Dayton Dutch Lions in a game played Saturday night in Dayton, OH.  Midfielder Nicki Paterson scored both Charleston goals.﻿

Tickets are available starting at $20 with discounts available for groups of ten or more (971-4625.)﻿

Pompey boss Steve Cotterill, “Everyone’s been very helpful over here and the facilities are fantastic – I’ve got no complaints. We'd like to thank everyone at Charleston Battery for making us feel so welcome.

“I’m happy with how pre-season has gone. The lads have done some really good sessions and got some hard work under their belts. They’ve applied themselves well.

“The game is important and we’re looking forward to it. It tops us up fitness wise but we just want to avoid any injuries.”

Portsmouth kick off their 2011/12 Npower Championship campaign in just a couple of weeks time with an away match on August 6 versus Middlesborough.  Pompey’s first home league fixture is on Saturday August 13 versus Brighton.