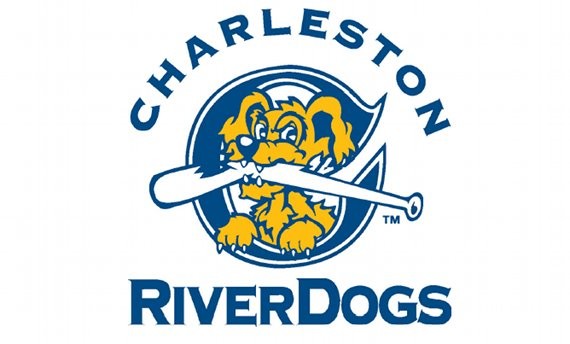 6:01 am on Friday April 6, 2012 | Posted by Amanda Click
RiverDogs return to The Joe: Opening day is today (Update: rained out)

Update: Due to crummy weather of rain and lightning, the game was called off with the Rome Braves leading 1-0.

But the series continues tonight with a 7:05 game against the Braves.

First reporting: In four short days, the Charleston RiverDogs return to The Joe for their 2012 season.

Opening day for the Lowcountry's minor league baseball team is set for Thursday, April 5th at 7:05 p.m. against the Rome Braves. The homestand continues through April 11th with the RiverDogs playing host to not only the Braves, but the Augusta GreenJackets.

The RiverDogs open the 2012 home schedule with a new manager - Carlos Mendoza - a former RiverDogs first base coach and manager of the Gulf Coast League Yankees.

As far as promotions go (and you know the RiverDogs love a nice promotion) the season kicks off on a Thirsty Thursday. Score dollar beers until the end of the 7th inning and all in attendance will get a magnet schedule upon arrival.

Tickets are on sale now, get yours before they sell out!

Update April 2: The RiverDogs are well known for the multiple and tasty concession opportunities, which have in recent years drawn Food Network star Rachel Ray and Man vs. Food luminary Adam Richman to Joseph P. Riley, Jr. Park to sample the variety of delicacies. Whether it's at the Doghouse, Dogworld, Joe's Grill or the Pie House, fans can always find something to satisfy their every craving.

In addition, the RiverDogs will introduce the Lowcountry's first Wine Garden that will be located in Margaritaville, adjacent to the Firefly Tiki Bar.

Update April 5: The big day has come and the excitement is in the air - opening day has arrived!

As for the opening day RiverDogs roster, you can find that here.