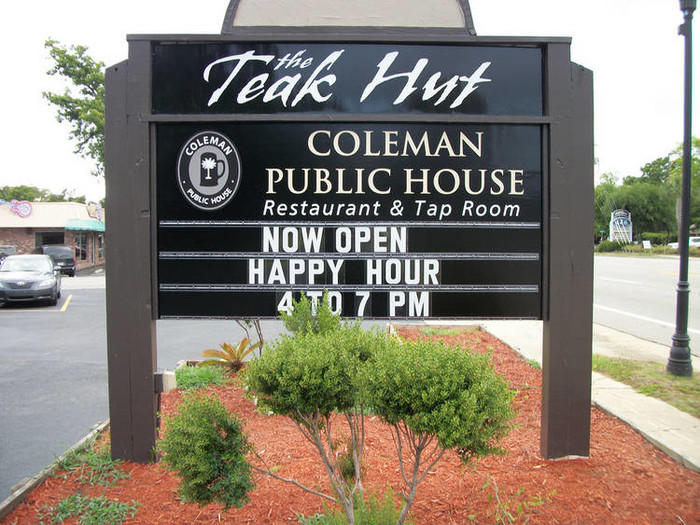 9:00 am on Thursday May 19, 2011 | Posted by
Coleman Public House celebrates its first anniversary

It's hard to believe it was a whole year ago when I stepped into Coleman Public House on their opening night.

I was planning to have a pint and review the tap list for what would hopefully be a decent new beer bar. "A pint" turned into "some pints," then apps got involved, and before you know it I was just having a good time.

Fast forward one year, and CPH remains one of my all-around favorite spots in the area. For my tastes, they hit all the high points. 12 of the taps consistently represent a rotation of great American craft beer, while the other 4 always pour interesting imports. The American taps feature some more exclusive local selections, especially of late. The import taps and small, Trappist-focused bottle selection are served in brand-specific glassware. The food is great, including the burgers, which have risen to the top of my personal fat-kid charts. The owner, Brian Tanner, is cordial and hands-on, ensuring nary a hiccup in quality. Did I mention they do half-pours? I'm a sucker for half-pours.

Enough wish the gushing, it's time to celebrate! On Monday, May 23rd, from 7 p.m. to 10 p.m., CPH will officially be turning one. ALL drafts and appetizers will be half-off (look out, gullet) and there will be live music from Elise Testone and John Madden. I dare you to find a better way to spend your Monday night.

Coleman Public House is located at 427 West Coleman Boulevard in Mount Pleasant. Call them at (843) 416-8833 for more info, and follow their tweetage from @colemanpubhouse.