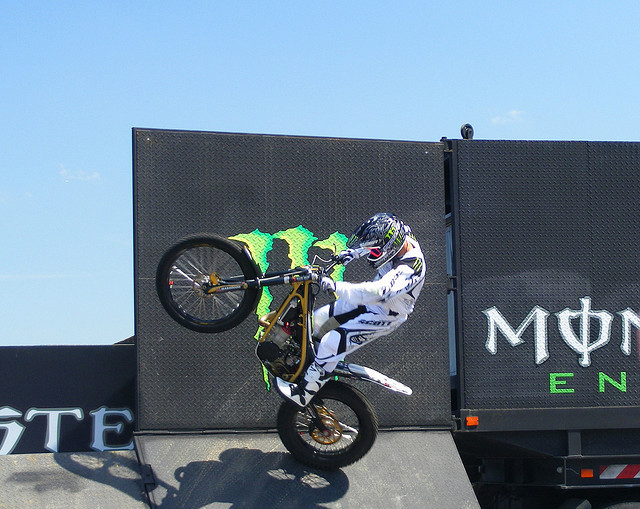 5:12 am on Monday June 4, 2012 | Posted by Melissa Byers
#MYRsports: Wheels of Destruction series begins at Myrtle Beach Speedway on Wednesday

The Myrtle Beach Speedway will premiere the first show in their new original thrill series, "Wheels of Destruction," on Wednesday, June 6, 2012 at 7:30 p.m.

This is the first time a show like this has been tried on the Grand Strand and a variety of acts and stunts will be assembled from around the United States.  Veteran stunt man, Chris Morena will headline the show with car jumps, rollovers and skill driving.  Freestyle Motocross rider Clint Esposito is set to do X Games style stunts.  Local stunt motorcycle riders Glen Milbert of Armadillo Stunt Riders will be performing along with Jon Martin of Team Myrtle West.  These two will bring along additional motorcycle riders who will perform on the tracks asphalt front straight stretch.

Gates for the Wednesday night events will be open at 5 p.m. with the, “Wheels of Destruction” Thrill Show beginning at 7:15 p.m.  Admission is $15 for adults and $6 for children ages thirteen and under.

For a preview, check out Chris Morena's stunt reel below.  I wonder what this guy's life insurance premiums look like.﻿