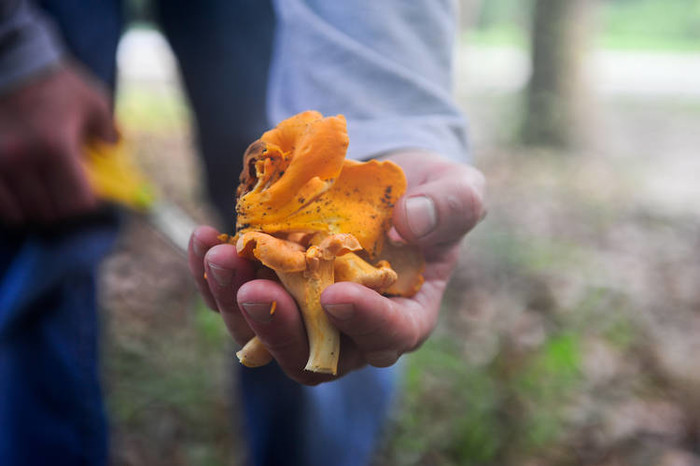 5:51 am on Saturday July 7, 2012 | Posted by
Walk softly and carry a spider stick: Chanterelle foraging in Charleston

Buddy and I are in the middle of the West Ashley woods foraging for chanterelles. I have never been chanterelle foraging before and I have no idea what to look for. I'm following each of Buddy's footsteps, head down, hoping for something to appear.

Then the wall of heat hits us. It's a little after 10am. We look at each other's drenched clothing. We have been discussing the prospect of melting to the ground. Buddy says to me "It isn't even 11am yet." My response: "It's 11am somewhere!". The air down here drinks in humidity like an alcoholic drinks a handle of bourbon.

Buddy stops mid-stride and I nearly run him over. He grabs a long stick and starts prodding at the air in front of us. I wonder if he is hallucinating... until I see her. 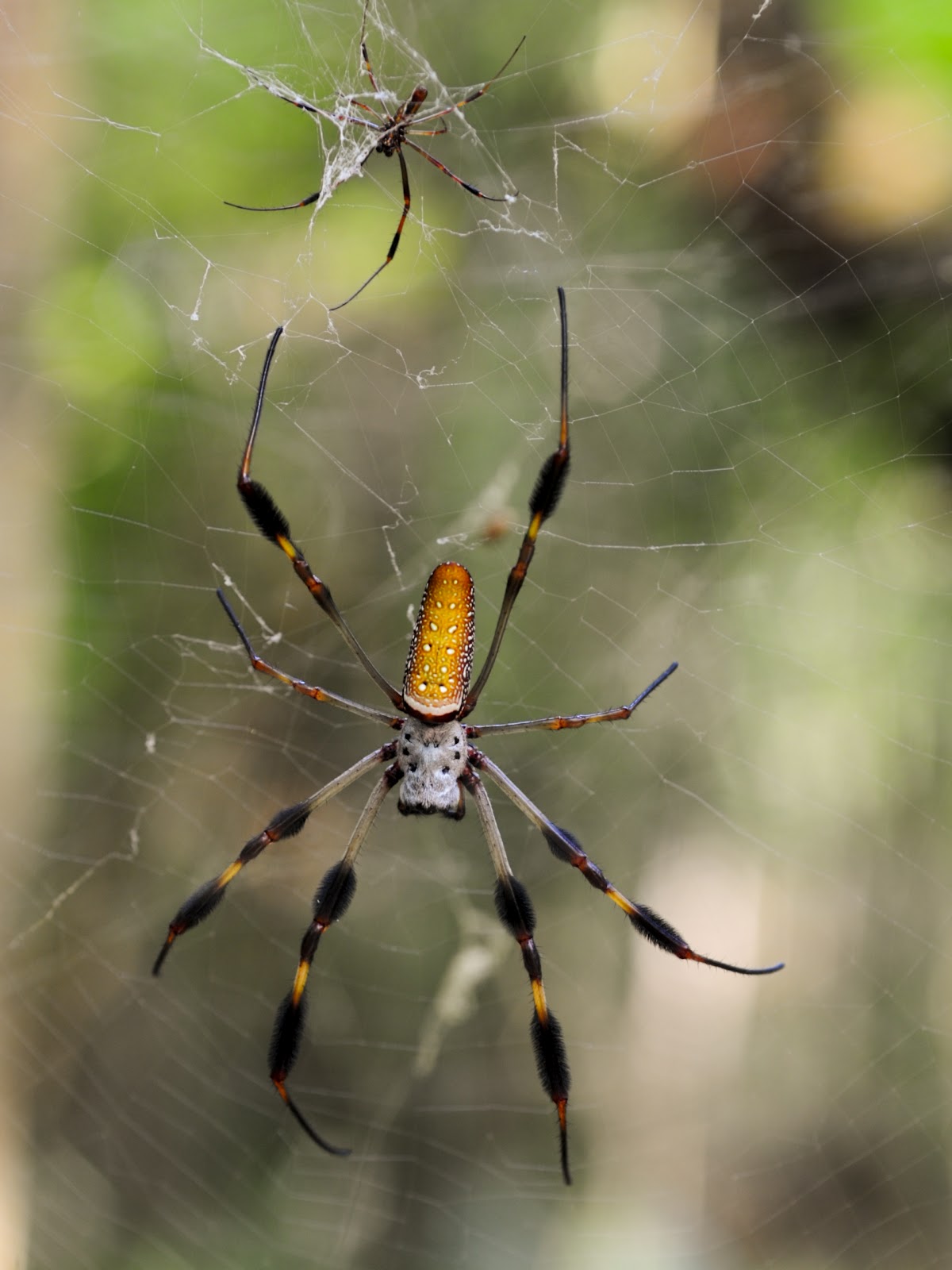 We've nearly walked face first into this lady. She is cooly observing our movements, not willing to waste her own energy on scrambling away like most of the others. Her leg span is the width of my outstretched hand. We turn the other way but keep the spider stick.

The bugs are ringing in my ears, getting caught in my eyebrows, and dripping from sweat droplets off my nose and onto my lips. You know how you experience vertigo laying in bed after a day on the boat? I'm thinking the ringing in my ears will haunt me the same way later this evening. The buzzing reminds me of the Texas Chainsaw Massacre.

Trudging on, it smells like dead things. A deer skull and backbone mark the path. Further back we passed a wild boar, gorged in the belly and bloated, laying on the side of the road. Vultures three times the size of fat Chihuahuas were guarding the carrion. 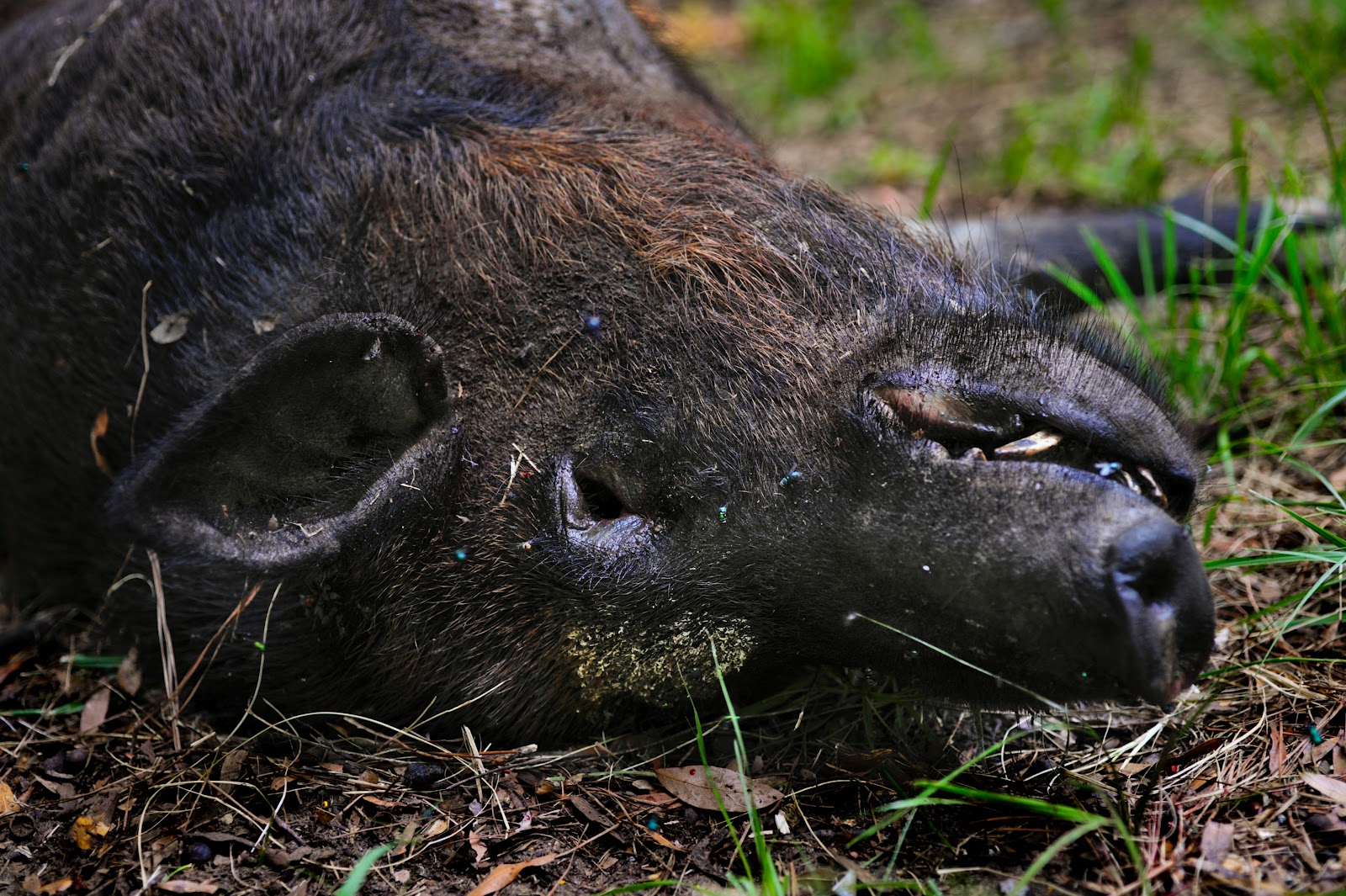 At the end of the trip we have at least a pound of fresh chanterelles, and we leave unscathed, save a mosquito bite on my left eyelid.

I was expecting at least a little digging, but really you can't miss the bright melon colored beauties popping out of the leaf cover.

You know it's a true chanterelle if the gills are part of the cap, not a separate thing you could scrape off like a Portobello.

There are a few basic things to know about where to find the fungi...

-go to inland forested areas
-near trails
-near streams
-near oak trees (if you can identify them. I honestly have no idea what an oak tree looks like vesus, say a maple, but I do know how to identify non-pine and non-palm trees, so thats the key in Charleston)
-after rains the mushrooms are more plentiful, but not impossible to find when its sunny and dry.

Also do the following to prepare:

-bring a bag for collection
-use scissors to cut the base so the mushrooms can grow back
-try not to disturb the ground around the mushrooms too much, it upsets the spores and can inhibit regrowth
-drink water
-don't forget to check for ticks 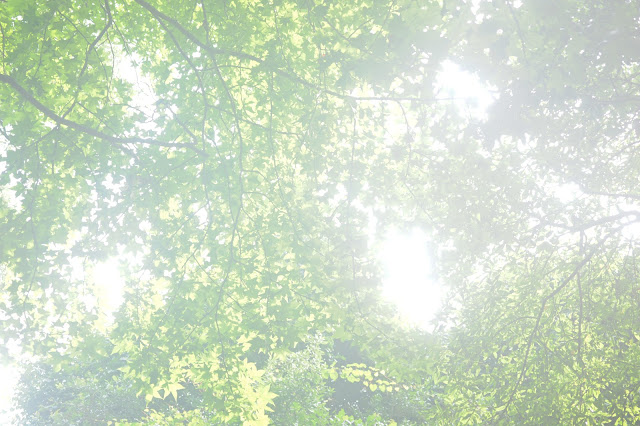 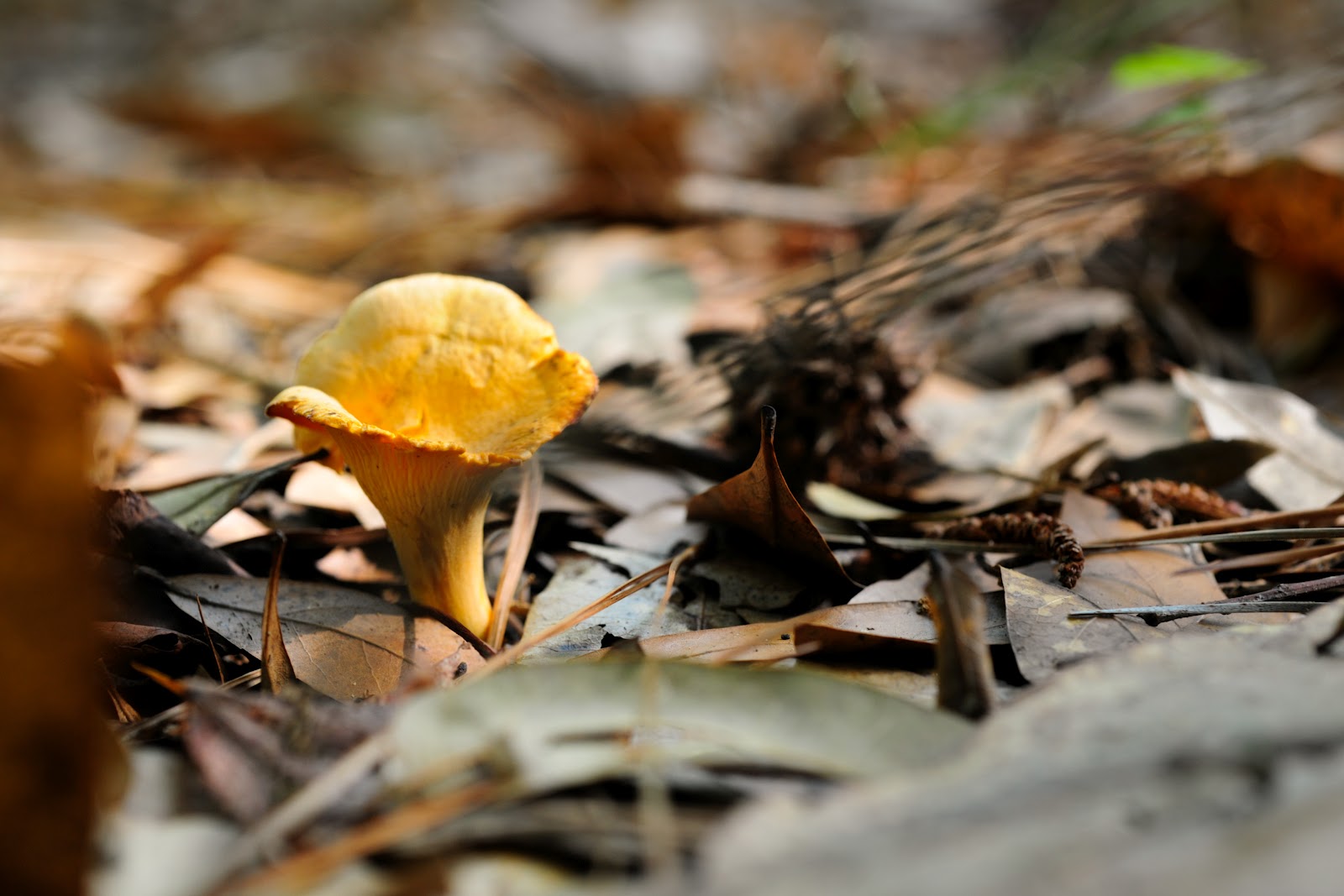 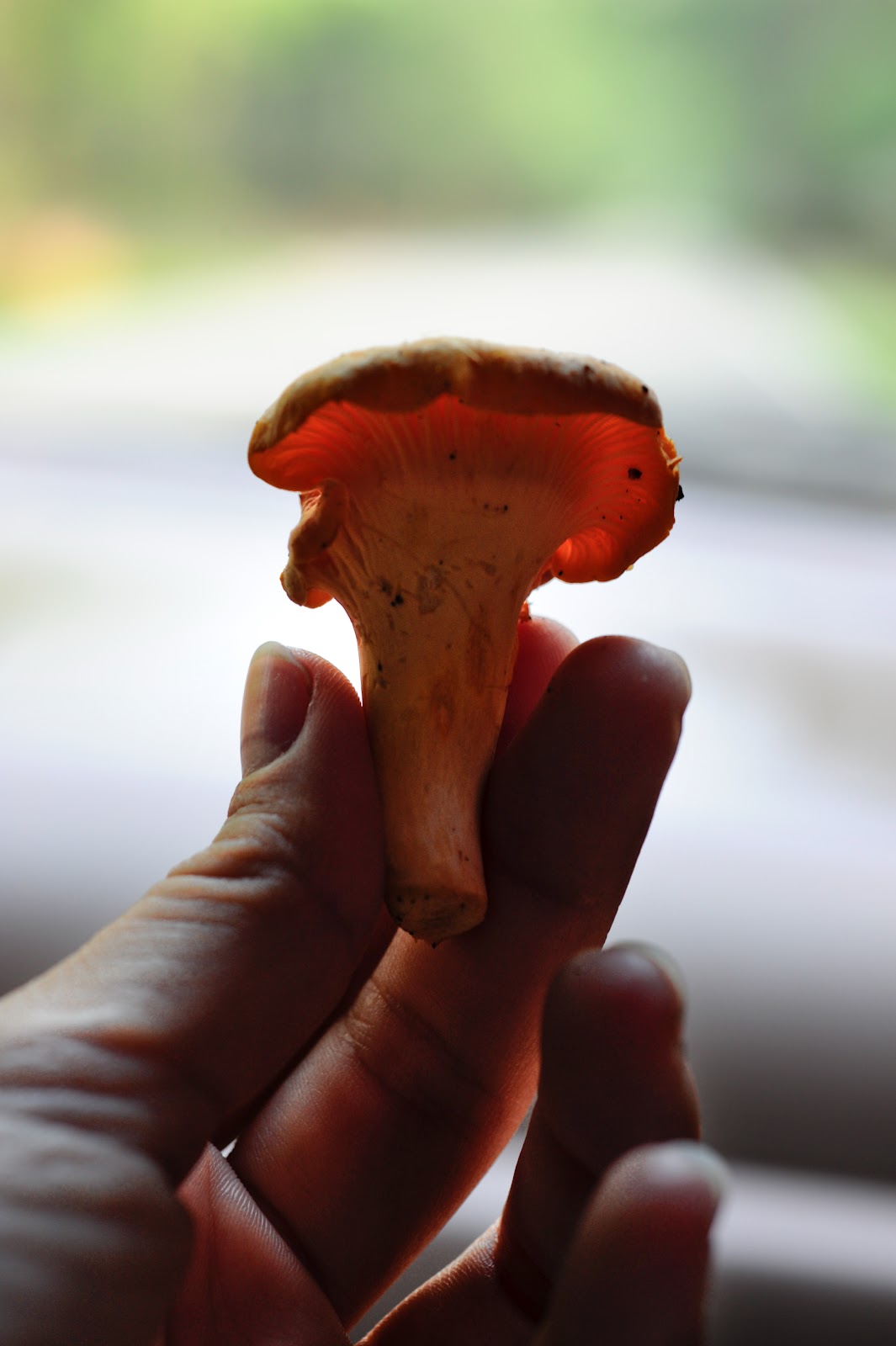