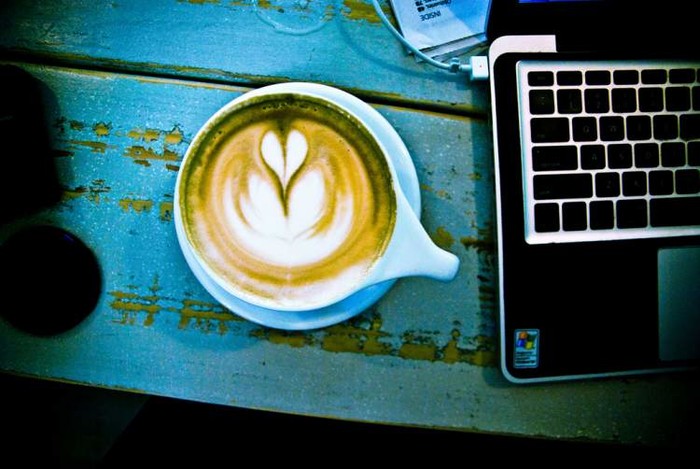 Update: The new spot is to open soon.

Many a time, we at TheDigitel have written affectionally about Charleston's custom by the cup coffee shop Hope & Union, but, sadly, after two and a half years word is the spot at 199 St. Philip Street is closing up shop at the end of July.

No word yet as to just why or if there's a possible rebirth in store, but we've got a query in and will be sure to shout at more details as we glean them abut what's happened to this beacon of free Wi-Fi and caffeine in Cannonborough.

Hope and Union is owned by John Vergel de Dios and Harper Poe.

The building at 199 St. Philip Street which houses Hope & Union went up for sale in March and sold in a short sale on June 29. Hope & Union's owner, John Vergel, looked at countless ways to acquire the property, but for personal reasons and from a business standpoint, in the end, it didn't make sense.

Despite the strong connection and adoration by the community, the new owners of the property have no intention of allowing Hope & Union to stay. A new business will spring up soon, and rumor has it that it may be a bakery.

The upside to this story is that John has been flexing his branding and design muscles and come mid-to-late August, all of the former Hope & Union employees will move over to The Collective - a brand new specialty coffee shop right by the I'ON neighborhood in Mount Pleasant. As the name implies, The Collective will offer up a space and fuel for people to gather and go through their daily routines. John notes that the interior set-up won't have the same look as Hope & Union, The Collective is a different animal, but it is going to be rad.

The chefs are making very good coffee and lot of people are ready drink every day. They learning the tips for making this delicious coffee from the best custom writing service for aussie students provided by australianessays.blogspot.com this website. Everything they are giving clearly and directly and thank you so much to everyone.

The chefs are making very good coffee and lot of people are ready drink every day. They learning the tips for making this delicious coffee from the.
كلاش اوف كلانس

This site is doing a great service by sharing on the latest happenings in the locality. In my busy life I do not get time to read newspapers and it is this website that helps me to keep myself updated. hotels on catalina island