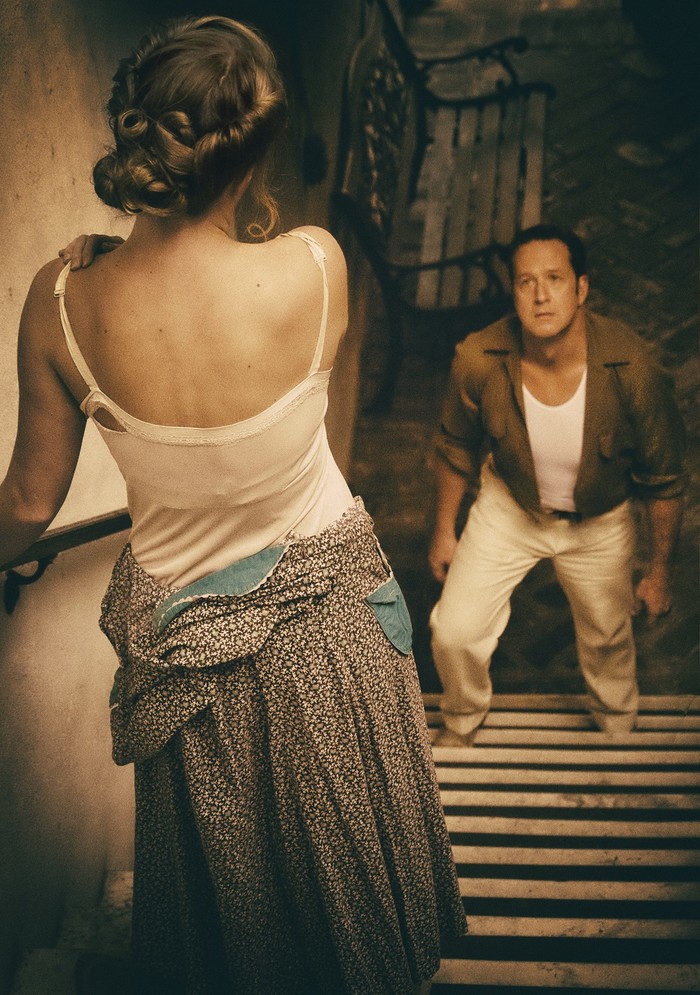 Widely considered a landmark drama, this play deals with a culture clash between two symbolic characters. In the play, Blanche DuBois moves to New Orleans to live with her sister Stella and brother-in-law Stanley Kowalski. Blanche is a pretentious, fading Southern belle. Stanley is a rising member of the industrial, urban immigrant class. Who will win when these two dramatically different worlds collide?

Williams wrote this play in 1947, winning the Pulitzer Prize for Drama the following in year. Also in 1947, the play headed to Broadway where Jessica Tandy and Marlon Brando – virtually unknown actors at the time – were cast in the roles of Blanche and Stanley. In 1951, the play was made into a film, starring Vivien Leigh as Blanche and, once again, Brando in the role of Stanley.

Jo Ellen Aspinwall is directing “A Streetcar Named Desire” for The Footlight Players. She said, “I am a firm believer that classics have become classics for a reason. There is something deep within ‘Streetcar’ that connects to our most basic human instincts – passion, survival, identity.

“I've been waiting years to work on this script, and I could not be more excited about the group of actors who are joining me to unlock the humanity and power of this story,” she said.