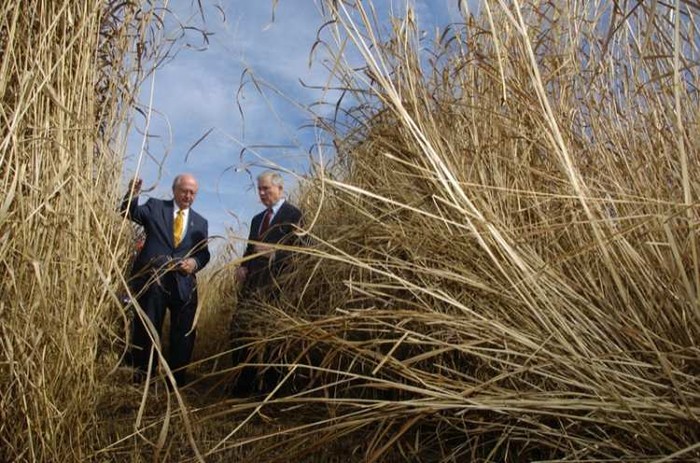 4:19 am on Friday April 10, 2009 | Posted by Ken Hawkins
Pilot plant would accelerate S.C.'s production of biofuels

Image by Flickr user bamakodakerImage by 282670036_f3e853dce7_o.jpg Switchgrass is one crop researchers are looking for a viable way to convert to biofuel.

Soybeans. With all the attention they get, you'd think they're the only way to make a biofuel.

But there's a lot of other, better ways to make a biofuel using crops South Carolina is much better at growing -- if only researchers could figure out how.

Once funding is secured, the plant would take about 12 months to build.

The facility would give researchers a central place to advance the viability of using South Carolina's best crops to make biofuel. Among those items being studied: Switchgrass, sweet sorghum, and pine, and even algae would fall into the mix.

And as you would think, this project could be a double win for South Carolina: If the programs are successful it would boost the value of crops produced by South Carolina's farmers.

You can learn more about the project in this press release or this article at The Post and Courier (there's not too much new in it).