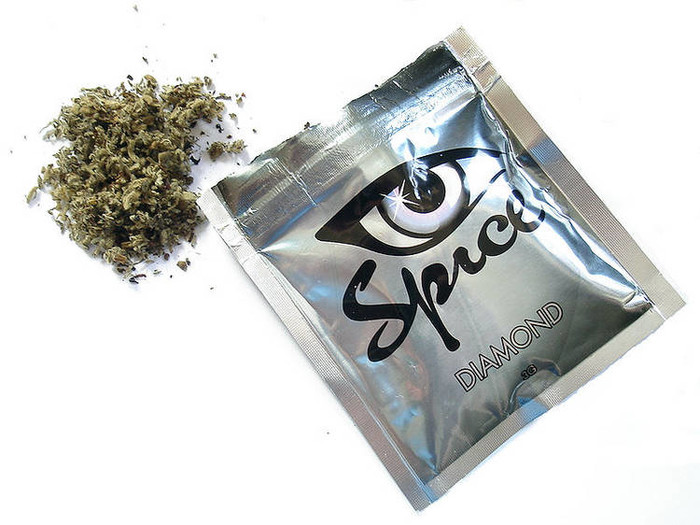 Image by Schorle One of the controversial products.

Mephedrone, methylone, methylenedioxypyrovalerone, and five other substances used to make synthetic weed such as K2 and Spice and used to make "bath salts", ﻿has been banned in South Carolina.

In a vote, the S.C. Board of Health and Environmental Control reclassified these items as schedule I controlled substances.

(There was previous discussion about a ban in South Caorlina when the military forbade service members to shop at some stores selling synthetic marijuana.)

South Carolina law states that anyone convicted of the possession, manufacture or distribution of a schedule I controlled substance is guilty of a felony and on first offense is subject to not more than five years in prison and/or a fine of up to $5,000, with more severe penalties for subsequent offenses. ﻿

"State law authorizes the DHEC Board to designate a substance as a controlled substance in this state if the federal government has issued the same designation," said Carl Roberts, general counsel for DHEC.

Products that have long been used for bathing and are available in the health/beauty sections of national retail chains do not contain these chemicals. The five substances commonly used in synthetic marijuana have previously been classified by the DEA as schedule I controlled substances.

"With the board's vote today, the state's designation of these substances mirrors the federal designation," Roberts said. "This will allow state and local law enforcement officers to deal with the issue, as it is illegal to manufacture, distribute, possess, import or export these substances. These chemicals have been found by the DEA to pose an imminent hazard to public safety and health."

Schedule I status is reserved for those substances with a high potential for abuse, no accepted use for medical treatment in the U.S. and a lack of accepted safety guidelines for use of the drug under medical supervision. ﻿