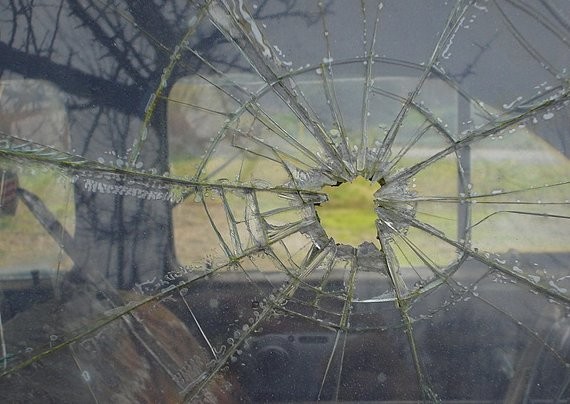 Update March 2: It has taken a week, but police have finally settled the case and have filed charges against the driver, Ronald Patrick McLellan, 32, of Wellington Drive.

On Tuesday, authorities arrested and charged McLellan with breaking into a motor vehicle and grand larceny.

Update February 24: Local authorities are still trying to determine how to proceed on this case and are working to nail down as to what extent residents may go to to protect their property.

The two laws being scrutinized are the Castle Doctrine and another law that gives citizens the power to arrest felons and thieves at night "by efficient means as the darkness and the probability of escape render necessary, even if the life of the person should be taken."

The Post and Courier has an informative article on how the case is being handled.

Update February 23: Today's Post and Courier has an update on on the early morning shooting on Julian Clark Road.

The Post and Courier reports that Wade Martin of Julian Clark Road fired five shots into a car driving away from his house because he believed the driver was trying to steal stereo equipment from his truck. The man who was shot at, Ronald McClellan, told deputies he was going through trash cans when suddenly someone opened fire on him.

No charges have been filed against either man at this point.

The Post and Courier has the article along with reactions to the incident from neighbors.

First reporting: Early this morning a man was shot while driving his car along Julian Clark Road in James Island.

While the details are still fuzzy at the moment, it has been reported that the driver sustained some sort of head injury during the attack.

Live 5 News has the brief along with raw footage from the scene.

Man shot twice in the butt in argument over woman