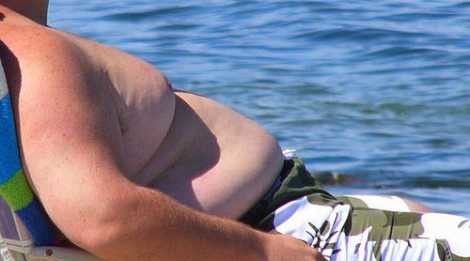 Image by flickr user Mr TGTImage by 20080718obesity.jpg More and more Americans are reporting that they're obese each year. The national average in 2007 was about 25 percent.

A new study by the Centers for Disease Control and Prevention shows that about 28 percent of South Carolinians said that they were obese last year, putting us at No. 7 on the list. The study is done each year as part of the federal health agency's Behavioral Risk Factor Surveillance System, a state-based telephone survey that tracks health risks.

Mississippi was No. 1 on the list of those who considered themselves obese, at 32 percent, and Colorado had the lowest spot, at 19 percent. The national average: about 25 percent. If you want to check out the 2007 numbers directly, it's all available online.

While the numbers change little year to year, a dramatic change is visible during the past 10 to 20 years, said Patrick M. O'Neil, director of Medical University of South Carolina's Weight Management Center. In 1997, only 16.9 percent of South Carolinians reported being obese.

Said O'Neil: "It's not just that a few more people each year gain a couple of pounds and edge into the obese category. The entire group of people who qualify for obesity is growing numerically and so is the extent to which people are obese."