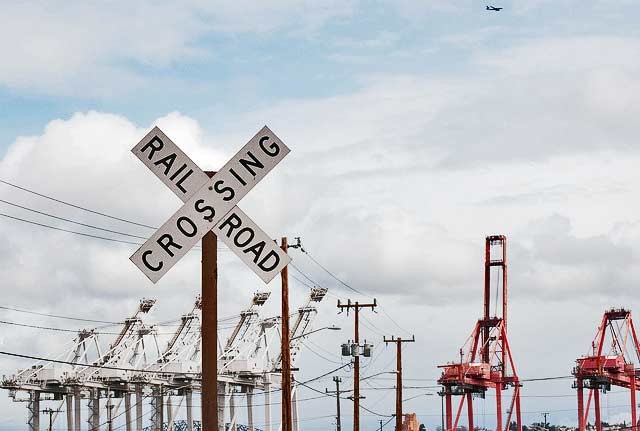 Update August 10: As often with high-stakes news a question often follows: "But what does it mean?"

In this case the City of North Charleston obviously has little interest in blocking the port from being developed, but that's just what going after the environmental permits would cause.

The tactic instead is aimed at raising the stakes to give the port and the state more incentive to stick with the 2002 Memorandum of Understanding﻿ that prohibits the running of rail along the city's waterfront.

In a nutshell, this is mayor Keith Summey's way of forcing parties to the negotiating table — and giving the city more backup to argue with.

As to whether or not negotations will happen is not yet clear, but The Post and Courier has two pieces I'd recommend: One on the use of the tactic as leverage (read that here) and a second on what the various parties are thinking (read that here.)

First reporting August 9: The long-promised lawsuit from the City of North Charleston over the running of rail along the city's waterfront has finally hit the courts.

In a nutshell the city has filed two lawsuits.

The first takes aim at a Memorandum of Understanding (MOU) signed in 2002 that promised that rail access to the Port would only travel through the southern end of the former Navy Base.

The second, a federal suit, was filed against the State of South Carolina, several state agencies, and the Army Corps of Engineers alleging that the State has embarked on a project that deviates from the permit application previously studied and approved by the Corps.

The city is also happily reminding that last Friday the Supreme Court of South Carolina denied a request filed by the state that asked for the 2002 MOU to be ruled upon in an expedited fashion by dispensing with normal court procedures.

North Charleston Mayor R. Keith Summey stated, “We believe that this decision made by the Supreme Court and the lawsuits filed in federal and state court are positive steps toward a meaningful outcome to this dispute for the citizens of North Charleston.  The State’s refusal to honor the 2002 MOU has led us to this point. Despite recent events, we would still prefer a solution to be found outside of the court room.  If the State will simply keep its promises I am confident that together we can find a solution.”

As always, we'll be sure to keep you posted.