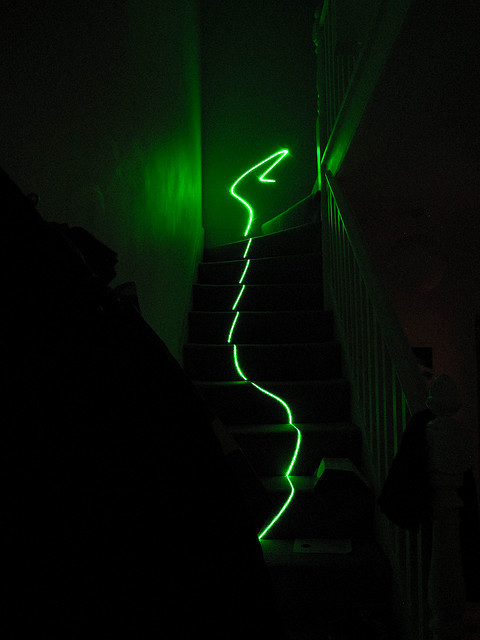 Update 6/4/12:  The problem continues as an incident was reported last week at MYR on a Spirit Airlines plane as it approached for landing.

According to an FAA press released reported on by the Sun News:

The most documented incident in the Grand Strand was between the former Commander of the Civil Air Patrol and a local minor.  Sure, the "cockpit" at the time was on a moped, but a pilot is a pilot, no matter what type of craft he's controlling.  And a laser pointer in the eyes of anyone doing anything is quite worthy of reaction, if not criminal prosecution in the event of public danger.

Update 9/28/11: City of Myrtle Beach passed an ordinance to restrict the sales of the laser pointers.

The laws prevent minors from buying the lasers but local shop owners say the parents are the ones that buy them anyway. WMBF has more details. Read them here.

First Report: Cats hate them. Kids love them. Adults are annoyed by them. Those high-powered laser pointers that are found at any and every beachwear store and bodega around the Grand Strand are under attack in North Myrtle Beach.

The city of North Myrtle Beach has received 100 complaints about the highly-focused beams of light. Besides the risk of being blinded by some kid who thinks it's hysterical to shine it in your eye, there are other risks such as, distracting drivers when a laser is pointed at their passing car, and interrupting sea turtle migration.

So what's a city to do when they get threats of vacationers vowing never to return if something isn't done? Well, North Myrtle Beach is looking to pass an ordinance﻿ to make it illegal to shine lasers at passing cars, persons or animals.

Hop on over to WMBF News for their full report, with video.