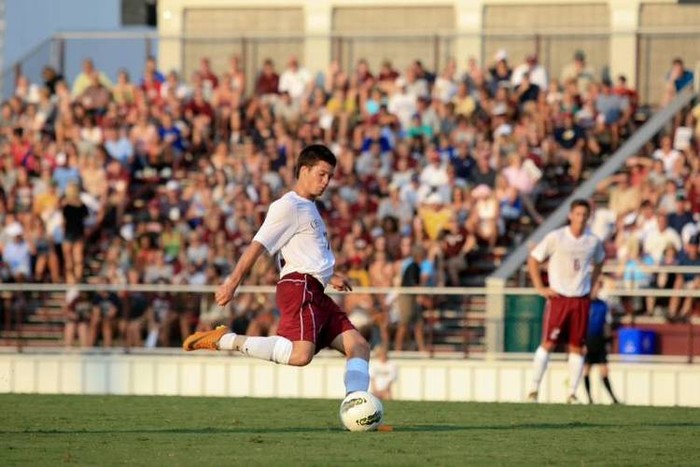 Sean de Silva's 104th minute goal in double overtime gave the College of Charleston a 2-1 win over UNC Asheville and earned CofC the title in the Furman Diadora / Spinx Invitational on Sunday afternoon.

"Today we faced a tough UNC Asheville team that challenged us to the very end," said head coach Ralph Lundy. "Luckily we were able to score a great goal by Sean de Silva at the end on a clever ball from Frannie Twohig. Overall we played well in stretches, but have to be more consistent in order to get to the level we are capable of achieving."

Andy Craven (St. Simon's Island, Ga.) netted his fourth of the season in the 18th minute when de Silva (Port of Spain, Trinidad) found him in the box and Craven seized the opportunity from seven yards.

The Bulldogs equalized roughly 10 minutes into the second half when Jake Hagedorn was able to head in a rebound off a shot from Sam Rosabi.

The 1-1 tie held through regulation and 13 minutes of overtime until Francis Twohig (St. Simon's Island, Ga.) fed de Silva in front of goal where he headed the ball over the keeper and in for the game winner.

The Cougars outshot the Bulldogs, 10-0, in the added time.

Kees Heemskerk (Zaandam, Holland) went the distance between the pipes - as he has in all games thus far - and made four saves and was named the tournament's Most Valuable Player.

The Cougars now head west for a pair of high-altitude matches at Air Force on Friday, Sept. 16 and at Denver on Sunday, Sept. 18.