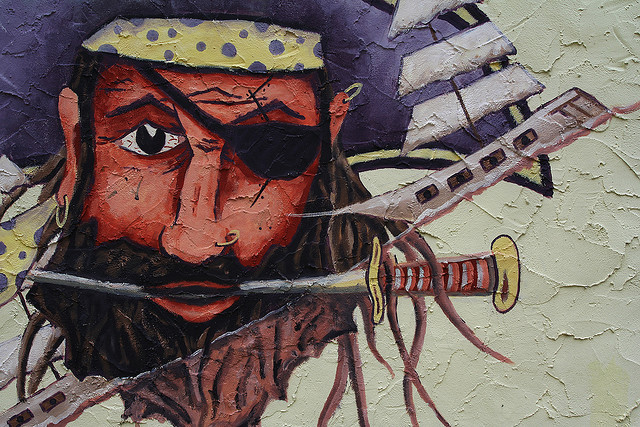 6:35 am on Saturday September 1, 2012 | Posted by
FOX Sports Radio Brings ECU Football back to airwaves in #MYR, adds CCU Women's Basketball to line up

Cumulus Media in Myrtle Beach is continuing it's stated goal at the start of the year to bring more play by play and more local and regional sports to its airwaves.

FOX Sports Radio 1050/101.9 is proud to announce it is the newest affiliate of the Pirate IMG Sports Network and will broadcast all regular and post-season games for East Carolina University football this fall. ECU had been on the airwaves in Myrtle Beach in the past and are excited to be back on the air with Cumulus Media.

In an interview on “The Drive” with Aaron Marks on ESPN Radio 100.3 'The Team', Coach Ruffin McNeil stated, “I love Myrtle Beach. I grew up in Lumberton and vacationed in Myrtle Beach as a kid. I still vacation in Myrtle Beach! We are so excited to have ECU Football back on the airwaves for our fans and alumni on the Grand Strand.”

ECU Football is being presented locally by Car City. Car City is operated by an ECU Alum and has five locations around the region that have provided service to the Grand Strand and surrounding area since 1968.

Since Cumulus launched the new FOX Sports Radio 1050/101.9 on March 5, 2012 there has always been a goal of increasing the local sports in the community and across the region. For the 2012 season  Myrtle Beach Pelicans baseball (the Advanced Class A Affiliate of the Texas Rangers) was added to the stations line up and their games continue to air as the team prepares for the playoffs. On Friday Nights Carolina Forest Football will be heard on FOX Sports Radio 1050/101.9 as soon as the Pelicans season is complete. The local FOX Sports Radio broadcast crew currently carries the games on Cumulus station, Z93.9 FM (WJXY) and the games are produced by Coastline Sports Media.

The addition of ECU Football now places three of the regions premier college programs on Cumulus Media Radio stations for the 2012 season. South Carolina Gamecock Football and Basketball is heard on Sunny 103.1 and the Gamecock Baseball games are broadcast on FOX Sports 1050/101.9.

Additionally, Coastal Carolina and Cumulus are excited to announce the addition of CCU Women's Basketball to the airwaves. Ten regular season games, including the home game against UNC at the HTC Center, will be broadcast live on FOX Sports 1050/101.9 this winter, plus all post-season games will be heard on the station as well.

Cumulus Media's Sports Director and Afternoon Drive Show Host, Aaron Marks, has been named Play by Play Broadcaster for Coastal Carolina Women's Basketball on all the games during the 2012-13 season. All games not aired on FOX Sports Radio can be heard online at www.goccusports.com.