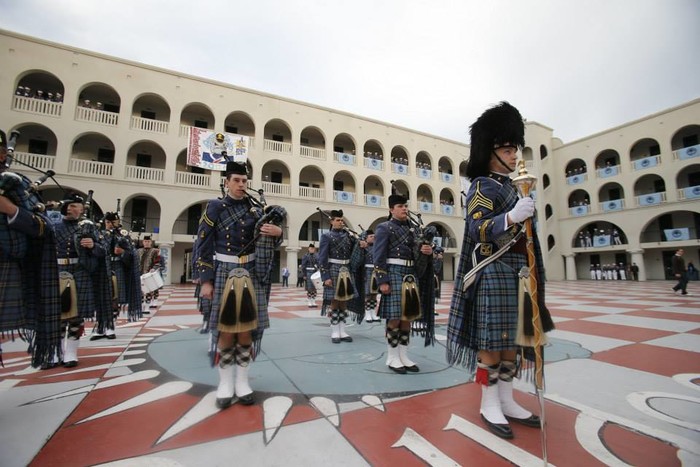 Hear the ONLY military band in the U.S. to be invited to perform in prestigious global Tattoo program

CHARLESTON, S.C.− When thinking of The Citadel Regimental Band and Pipes, images of marches and parades may come to mind. However, this world-famous military band, comprised of members of the South Carolina Corps of Cadets, has much more in its repertoire than most would expect.

At 6:30p.m. on April 24, 2014, the community is invited to McAlister Field House for an opportunity to listen to the band in concert. Under the direction of retired Navy Commander Mike Alverson, and Pipes Director, Major Jim Dillahey, the cadets of the Regimental Band and Pipes will present selections of varied musical styles-from Broadway to featured soloists, to the traditional sounds of Scotland.

This annual spring concert event is free and open to the public.

Head to the source at youtube.com
Advertisement