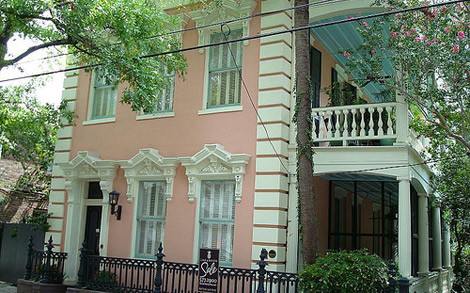 Image by flickr user Jack Duval One of the major reasons that people dig Charleston is the architecture, on which the city was ranked highly by Travel + Leisure readers.

According to Travel + Leisure readers, Charleston is the No. 4 city in the continental U.S. and Canada, behind only New York, San Francisco, and Chicago. This is two spots higher than in 2007, when the Holy City was No. 6. But there's more to it, the magazine's annual World's Best Awards also lists hotels, and three from Charleston made it into the top 100 for the same geographical region. From the Charleston Regional Business Journal:

According to Travel + Leisure's city page on Charleston, one of the major reasons we get placed so high is because we're very friendly. We got ranked No. 1 on that one in 2007, although the magazine's readers don't much care for the sports scene here. That might all change, though, if the Battery win the US Open Cup, right? So, yeah, despite all our grumbling about tourists, they seem to really like us, don't they?