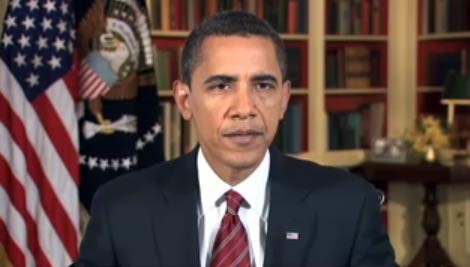 In an effort to quell critics of the $819 billion stimulus plan that would bring an estimated $3.2 billion to South Carolina, the White House has released state-by-state figures of what the plan is believed to accomplish in each state.

Here's the details -- or, as some would say "Kool-Aid" -- on South Carolina:
Creating or saving 53,700 jobs over the next two years. Jobs created will be in a range
of industries from clean energy to health care, with over 90% in the private sector. [Source:
White House Estimate based on Romer and Bernstein, “The Job Impact of the American Recovery and
Reinvestment Plan.” January 9, 2009.]
Providing a making work pay tax cut of up to $1,000 for 1,790,000 workers and
their families. The plan will make a down payment on the President’s Making Work Pay tax
cut for 95% of workers and their families, designed to pay out immediately into workers’
paychecks. [Source: White House Estimate based on IRS Statistics of Income]
Making 58,000 families eligible for a new American Opportunity Tax Credit to
make college affordable. By creating a new $2,500 partially refundable tax credit for four
years of college, this plan will give 3.8 million families nationwide – and 58,000 families in
South Carolina – new assistance to put college within their reach. [Source: Center on Budget and
Policy Priorities analysis of U.S. Census data]
Offering an additional $100 per month in unemployment insurance benefits to
294,000 workers in South Carolina who have lost their jobs in this recession, and
providing extended unemployment benefits to an additional 51,000 laid-off workers. [Source:
National Employment Law Project]
Providing funding sufficient to modernize at least 150 schools in South Carolina so
our children have the labs, classrooms and libraries they need to compete in the 21st
century economy. [Source: White House Estimate]

In addition to this immediate assistance for South Carolina, the American Recovery and
Reinvestment Plan will help transform our economy by:

The idea is that if the public knows the potential impact of the plan, a grassroots effort will help change the mind of critics, like those in South Carolina.

The State has an article about those efforts, partly led by Sen. Jim DeMint and Gov. Mark Sanford who are pushing for a tax-cut only plan.

I'd be far more likely to believe what the "reddest state in the nation" is preaching if their policies were working at home.

All the tax cuts have left us with here is no money to fund our schools and medical programs.

The latest on the bill

The New York Times has a good write-up. The measure has passed the House and is being battled out in the Senate, where an $18.5 billion tax credit has just been added on to encourage more home purchasing by offering buyers up to $15,000.

That last bit I'm particularly uncomfortable with, and as Adam Posen, deputy director of the Peterson Institute of International Economics, told The Times: "They are also structurally unsound, reinforcing the attempts of industries that are too large — housing construction, automobile production — to survive based on government distortions."