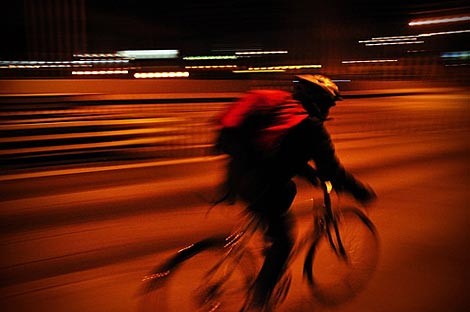 7:13 am on Friday January 2, 2009 | Posted by Ken Hawkins
Law education in the future of Charleston cyclists

There's a lengthy write-up in today's Post and Courier about how Charleston is getting ready to step up education of the rules that apply to bicycles. Charleston Police Chief Greg Mullen says if that doesn't work, we can expect more tickets in the near future.

The educational effort will focus on three big problems the city has with cyclist: riding on sidewalks, riding against the flow of traffic, and riding without a light at night. -- There was no discussion regarding the jumping of red lights.

The first is a requirement of city ordinance, and the second two are state rules.

I'm all for the stepped up education and enforcement. But, if they do start writing tickets, I would expect the city to make more efforts to make downtown bike friendly, and if they want to start saying "don't be on the sidewalks," they need to get their bike cops of off them.

At any rate, go read the story in The Post and Courier.

Way back in November 2008 there was a minor fuss in The Post and Courier about bikers not following the rules. Way, way back in July 2008, I rounded up what's going on with cycling in Charleston.