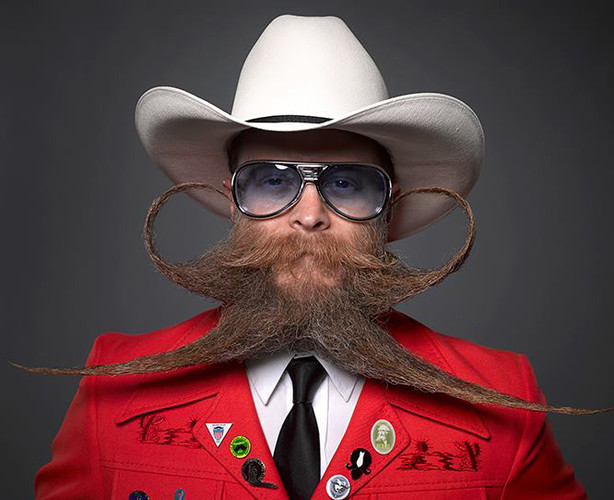 Professor Paul Roof
9:14 am on Wednesday June 4, 2014 | Posted by mike_mccann_3
When Rules Get in the Way of What's Right #isupportpaulroof

Rules are not a bad thing. The larger an organization grows, the more rules it has to adopt. It's a simple concept that anyone who has gone through the pains of starting a business will tell you.

But the difficult part happens when you find yourself enforcing your rules just because they are the rules and you forget what they stand for. Most times rules are made with the best of intentions. But there are exceptions and unforeseen circumstances in any business when rules are set in place.

Full Article Here: When Rules Get in the Way of What's Right #isupportpaulroof

Last week, a professor at CSU was let go because of a set of rules that were set in place to protect the school. They have a code of conduct that they expect their staff and student body to adhere to. They have an image as a Christian University that they must uphold and they believed that Professor Paul Roof broke that code of conduct.

I'm not going to go into the details of the story since it's been out for a while, but you can read about it here.

Even if Paul Roof did know about his image being used, he was out in the community spreading the gospel. He, as a CSU advocate, obviously carried himself with the utmost pride and represented the University VERY well from the outcry on social media streams.

He wasn't out drinking the beer with his likeness on it. And he wasn't behaving against the code of conduct set forth by the University, but they saw it as such. They didn't want to be associated with sinners and beer drinkers in the typical "holier than thou" mentality that too often encompasses the church.

While overlooking the student's love for Professor Roof and his obvious character (missions work, community fundraising, and overall Christian influence in the community) they found fault in his actions. Following their rules has become more important than what the rules stand for.

The rules were set in place to keep their staff accountable and let them know that they were held to a higher standard than just any college professor. From everything I hear, Professor Roof held himself to those standards and then some.

The school wants to do God's work and it seems to me that Professor Roof was doing just that. The church/school need more influencers in the community to spread their message. How about a guy whose face is on one of the most popular beverages in the city?

While we're being Biblical...

CSU wants to uphold it's reputation as a Christian University, and I totally understand that. It's actually one of the reasons I love the school, they stand for something. But so many times we, as Christians, are given a bad rap for decisions exactly like this.

Even the people reporting this event, like Esquire, give a tongue-in-cheek account of how they see it and why they're not surprised. We've played into every Christian stereotype by firing this good, Christian man!

An actual applicable scripture would be from Mark 2. Sorry Holy City Brewing, I'm gonna refer to you as sinners even though I love Chucktown Follicle Brown & the Brewery is an awesome spot:

17 On hearing this, Jesus said to them, “It is not the healthy who need a doctor, but the sick. I have not come to call the righteous, but sinners.”

Anytime someone within an organization steps into new territory like this, they risk being seen as a traitor. CSU took that stance. I don't agree with it, but that's how they saw it.

Almost every Tweet, Instagram post, or Facebook status I've seen regarding this man says something about his character. How well he conducted himself, how much of an inspiration he was, how selfless he was. Yet, he's no longer a representative of the institution.

In my opinion CSU has made a mistake, they will stick to their decision and they won't rehire Roof. The sad part is how the University has been depicted (and rightfully so) after this event.

I love CSU. I received my undergrad in 2007 and my MBA in 2011. I played football for 5 years and was fortunate enough to play on the 2005 conference championship team and be elected a captain of the 2008 team. I have donated to the school from the moment I graduated and I try to spread the positive message about the school whenever I can.

That being said, I'm not surprised to hear about Professor Roof. I know how the school works and it's unfortunate that this has been their decision. I just saddens me to see this opportunity to spread the gospel of CSU wasted. Imagine how cool it would be if the school owned the fact that Holy City Brewing wanted to use a professor's photo on a flagship product.

How much more open would the young community be to hearing what CSU has to say? How many more people would want to know more about CSU? How would that change the intolerant stigma that surrounds the church/school?

I've seen this happen with many businesses. When rules get in the way of what's right, organizations make choices they think are good in the short term, but prove damaging in the long haul. Be sure that the next time you are enforcing rules that you know why you're enforcing them. One of the most dangerous things in this world is when people just follow the rules without questioning them.

I hope that everything works out for Professor Roof, and if you'd like to support him, you can go here to donate the charity Women with Wings, whom the Beard & Mustache Society supports.

Do you think CSU made the right decision? Why or not not?

Have a great rest of the week!

Fill out the form below and check your email to confirm

Head to the source at pickadirection.com
Advertisement