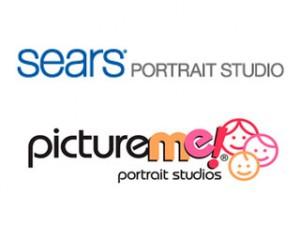 According to several sources on the web including The Sun News say the St. Louis-based ACPI Corp the financially struggling operator of more than 2,000 U.S. portrait studios in locations such as Wal-Mart and Sears store had adruptly closed and leaving employees without jobs and pay as well as customers without their pictures, CPI called the announcement "sad" in a two-paragraph statement on its website which said:

After many years of providing family portrait photography, we are sad to announce that all of our U.S. portrait studios are now closed. We appreciate your patronage and allowing us to capture your precious memories.

We are attempting to fulfill as many customer orders as possible. If you’ve had a recent session, your portraits may be available at your Sears, PictureMe or Kiddie Kandids portrait studio. For assistance, please contact the customer service department at your local store.

It was not immediately clear how many employees were affected by the closures. Friday CPI's website was purged of everything but the statement.
When digital photography became popular it cut in CPI's sales, CPI in a filling with the Exchange Commission that it had had received a fourth forbearance agreement from its lenders and that it had until Saturday to meet its loan obligations. In mid-March CPI owed $98.5 million which included a unpaid principal of $76.1 million.

In earlier SEC filings CPI warned that if it failed to buy more time from lenders could force the compnay to liquidate, last year the company hired an investment bank to explore a possible selloff.

Sears Holding Corp in a e-mailed statement Friday that it is currently working with CPI "to ensure that it fulfills its outstanding orders and provides ordered pictures to our members and customers." Sears said the CPI managed and operated Sears Portrait Studios as a licensed business.

You can read more by going to The Sun News, Washington Post, or Wall Street Journal for more information.