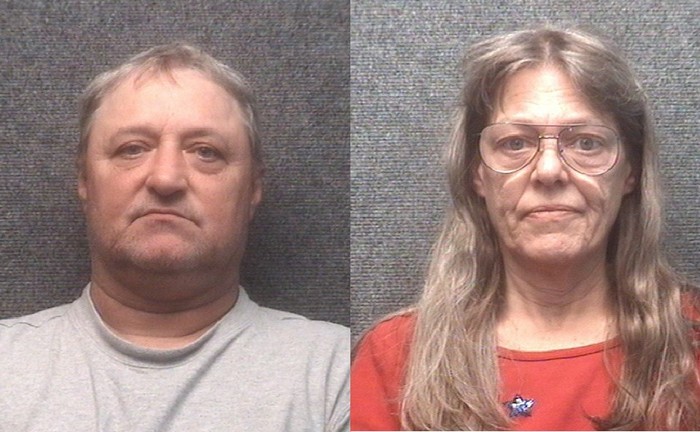 12:47 pm on Monday November 4, 2013 | Posted by Casey_Grim
A Myrtle Beach couple are each facing 27 counts of animal cruelty after officers seized 25 cats and two dead cats from a mobile home, according to authorities.

A Myrtle Beach couple are each facing 27 counts of animal cruelty after Myrtle Beach officers seized 25 cats and two dead cats from a mobile home, according to authorities.

Debra Elaine Goulding, 54, and William Joseph Goulding, 51, are each charged with 27 counts of abandon/mistreated animals and are currently being held on a $12,663 bond, according to Myrtle Beach Jail records. The couple were taken into custody on Sunday.

Officers went to the Goulding home inside the Shell Cove Mobile Home Park at 600 Secondary Highway 15 on Oct. 25 for a report of cats living in an abandoned mobile home, police said.

When officers entered the house they found the cats inside of the home, which had feces as well  as a “extremely pungent odor” coming from the home, according to the police report. The officers were unable to catch all of the cats and the officer in his report wrote that there may be additional cat living in the walls of the home due to broken panels.

Officers took the cats that they were able to catch to the Grand Strand Humane Society where workers had determined that 14 cats were too sick and were euthanized, according to the report. The remaining 11 cats were in need of treatment.

Hop on over to The Sun News, WPDE, WBTW or WMBF to read more.